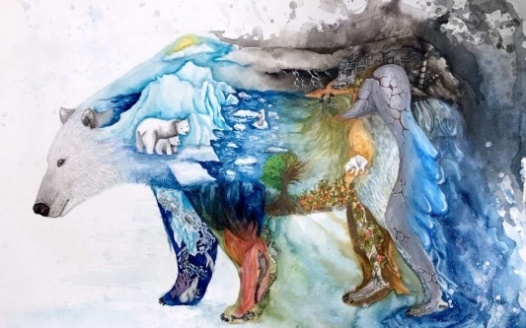 This is a campaign and petition done bye Hesham Helal of 10B4 of the American International School, Dubai to raise awareness of Climate Change and Carbon Emissions that are Two Distinct Processes. Learn the Different Concepts.

Join me on this journey to explore more about mother nature and raise awareness.

Climate change, on the other hand, is a long-term change in the Earth's weather pattern brought on by those same greenhouse gas emissions. While climate change includes rising global temperatures, it also comprises of many other impacts those greenhouse gases are having on the planet, which even includes some regions getting colder!

Carbon Footprint and Carbon Emission A carbon footprint corresponds to the whole amount of greenhouse gases produced to, directly and indirectly, support a person’s lifestyle and activities. Carbon footprints are usually measured in equivalent tons of CO2, during the period of a year, and they can be associated with an individual, an organization, a product or an event, among others.

Green House Gases whose sum results in a carbon footprint can come from the production and consumption of fossil fuels, food, manufactured goods, materials, roads or transportation. And despite its importance, carbon footprints are difficult to calculate exactly due to poor knowledge and short data regarding the complex interactions between contributing processes – including the influence of natural processes that store or release carbon dioxide.