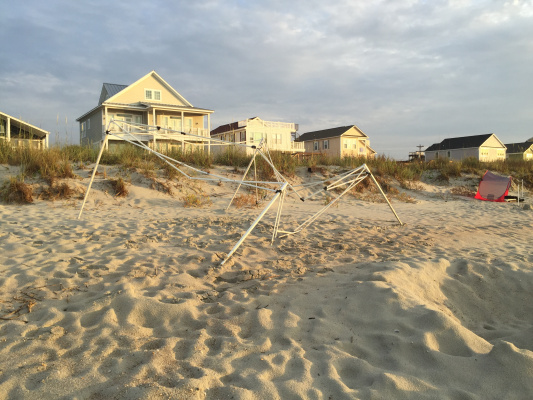 Taxpayers and homeowners have requested for several years that Georgetown County Ordinance #2009-74, which passed on November 10, 2009 be enforced. Our beach is trashed during tourist season from April through September. So far we have only been promised a few extra garbage cans. This is NOT what we are asking for.

The ordinance clearly states that "all cabanas, tents, umbrellas, chairs and other personal items cannot be left on the beach overnight. Items left on the beach are considered abandoned, become the property of Georgetown County and will be removed." This ordinance has yet to be enforced. Other beachfront communities in South Carolina counties have more stringent ordinances in place that are enforced.

Please sign this petition if you would like to see Ordinance #2009-74 enforced. An extra garbage can isn't going to solve this problem that continues to grow worse every year.