RELEASE THE CLASSIFIED DOCUMENTS ON THE ASSASSINATION OF  JOHN F KENNEDY NOW AND NOT IN THE THE YEAR 2023. 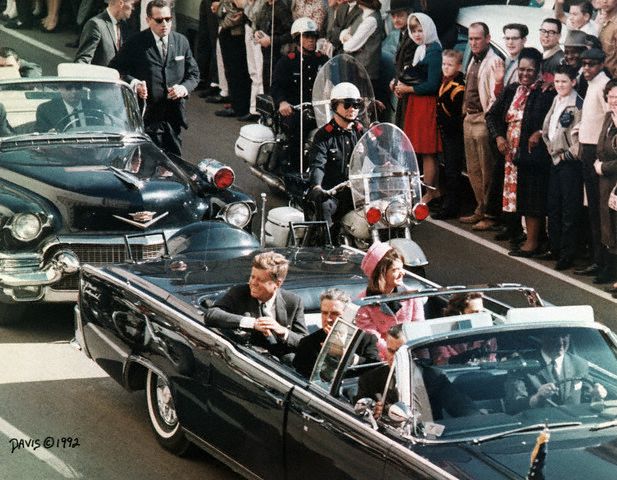 The history books teach a lie to the American People and have been since 1964. Our children and generations of children to come are being forced to believe that President John F. Kennedy was assassinated November 22, 1963 by a lone gunman named Lee Harvey Oswald.
This lie has to be laid to rest and made public so that history can be re-written with the truth and not the distorted lies fed to us by our own Government.
In 1987, a Dallas man (John Rademacher) and his son dug up a .222 caliber shell casing in Dealey Plaza near the wooden stockade fence. The casing had dents in it. A lab examination by Dr. Paul G. Stimson, a noted forensic odontologist at the University of Texas in Houston, issued a written medicolegal opinion that marks or dents in the casing were made by human teeth.
There is too much evidence, including the Zepruder Film that tells the story without any words. Common sense speaks for itself and we as American People Are NOT an ignorant people, but we do have a history of letting the past be the past and not forging onward for the truth. TRUTH CAN CHANGE ALOT OF THINGS FOR THE FUTURE.