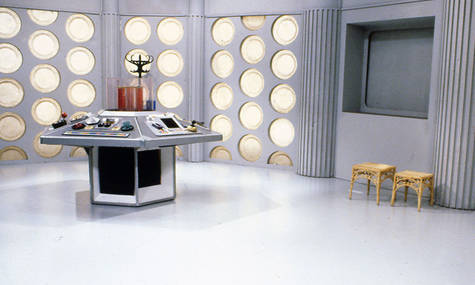 Since the start of the 2005 re-launch of the hit drama series Doctor Who, Character Options have been producing figures to tie in with the show.

These figures have become a much loved staple of Doctor Who merchandise and they have been highly praised for their attention to detail and good quality.

Character Options garnered even more fans with the release the 'classic range', with Doctors, aliens and other characters from the pre-2005 series.

As well as the figures, Character Options also released a Tenth Doctor TARDIS playset and later an Eleventh Doctor version. These allowed fans to recreate classic scenes and have their very own miniature TARDIS in their bedroom.

However, although we have the classic figures, there is no accompanying classic TARDIS for them to live in. Whilst Character Options have more recently reduced their output of Doctor Who figures (especially in the 5.5" range), a classic TARDIS set is at the top of the wish list for most fans (of classic Who) that I have spoken to.

With the recent surge in popularity following the 50th Anniversary, thousands of people are now discovering the pre-2005 episodes of Who, whilst existing fans are ineffably devoted to the series. Therefore, I feel that the release of a Classic TARDIS playset (most likely the Fourth Doctor's) would receive a great response and be met with much joy from the fans.