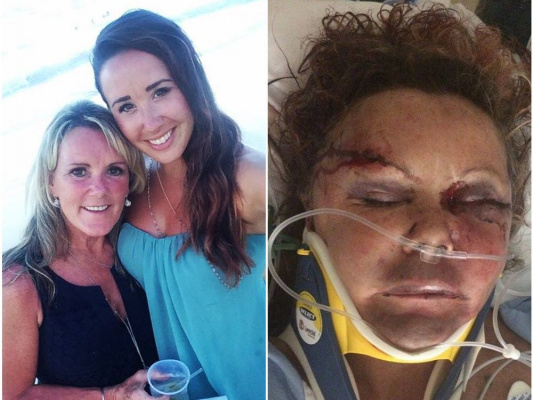 “Clare’s Law” was first introduced in the United Kingdom and named in honour of Clare Wood, a woman who was murdered by her partner and unaware of his violent past.

Clare’s Law, would allow police services to disclose “relevant information” about a partner’s history of violence to people at risk through the “right to know” process, and to applicants through a “right to ask” process. People who feel they are at risk of partner violence can ask police for background information about that partner, and police can proactively disclose it.

My friend Dianne Denovan is a beautiful, educated, professional who decided to get back into the dating world. She met Michael Richard Cole on a dating site. After 3wks of conversing online they met and a relationship ensued. Things seemed to be progressing relatively well (Dianne had some red flags) until one evening.

(Article written in the Calgary Sun) On Oct. 23, 2016, Denovan and Cole, her then-boyfriend, were at a bar taking in a concert when the couple got into an argument.

Cole was removed from the venue but Denovan stayed to enjoy the show.

“There was something off with him all day, I didn’t know he had a history of drug abuse or violence, I didn’t know any of this,” Denovan said of the man she had met on an online dating site seven months before the assault.

Denovan returned home after deciding to continue her night out with friends following Cole’s outburst in the bar.

As she was getting ready for bed, Denovan said she heard a noise behind her.

She turned to see Cole standing there, uninvited and unwelcome, and moments later the man launched into an assault that would leave Denovan hospitalized and fearing for her life.

Denovan said he struck her over the head with a stainless steel lamp, knocking her unconscious, and then proceeded to assault her for nearly four hours.

Documents show she suffered broken bones, a broken jaw, a lacerated eye, large cuts to her face and a bleed on her brain, among other injuries.

Denovan only managed to escape the assault by running to a neighbour’s home when Cole took a break from the beating to go into the garage, she said.

The neighbours called police and Cole fled the scene. He was arrested nearly five weeks later.

Denovan spent three weeks in hospital before being released into her daughter’s care and later spent time at a shelter until Cole was found and arrested.

But beyond the physical toll of the assault, she said she suffered post-traumatic stress as a result of the incident.

Cole spent a little more than two years in prison for the aggravated assault.

He was released Nov. 30, 2018, and Denovan requested he not be set free in Calgary. But “the court felt it was best to release him back into the city where they could keep a close watch over him,” Nikole said.

The family feared he will strike at them or another woman again. They claimed Cole created multiple fake social media accounts and contacted Denovan despite an emergency protection order.

A mere 10 days after being released to a halfway house, Cole went missing on a Saturday. Dianne was not aware of this until the following Monday. After years of recovery,

Cole’s disappearance has “reopened” the emotional scars left from that terrifying night in 2016, she said.

A Canada-wide warrant was issued and after Dianne’s daughter posted this story on social media and it was shared all over the world Cole turned himself in. Only after being at large for 30 days. He was sent to a different institution {for fear of HIS safety) and served the remainder of his sentence and got an additional 30 days. He has once again been released, is again allowed to reside back in Calgary and will only have to remain in a halfway house for 3mths.

Parole board documents show Cole has a long criminal history dating back to 1987, with convictions for assault, uttering threats, assault causing bodily harm and at least two other domestic incidents. A total of 13 priors,,,

Through the guidance of Jo-Anne Dusel, who was instrumental in bringing Clare's Law to Saskatchewan, Dianne and I have reached out to the Minister of Justice in Alberta as well as the MLA for Dianne's area. We are hoping to meet with them in person soon.

**Please sign this petition and share it. Let's prevent ourselves or loved ones from a horrific story such as Dianne's**