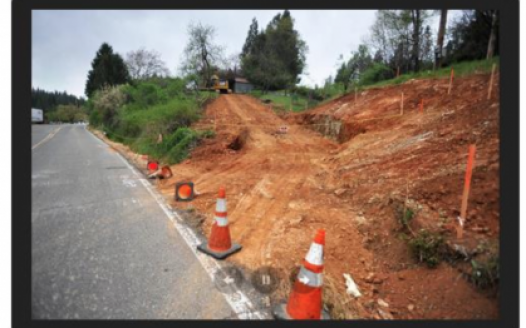 City, give Wopumnes Tribe back "rights of access" to their sacred site

On June 23, 2020, the Placerville City Council proclaimed they were sensitive to racism in their city. Then in item 12.1 they voted to approve the staff report and "give away" the historic El Dorado County Wopumnes Nisenan-MeWuk Indian Tribe's Upper-Broadway sacred site to a non-resident group from Sutter County, the Sacramento-Verona Band (SSBMI/Redhawk Casino).

This is important because during the June 23, 2020 City Council Meeting, the City Council took the Upper Broadway sacred site away from the historic aboriginal Tribe of El Dorado County and gave it to the Sutter County Tribe (Redhawk Casino) just as the 2004 El Dorado County Board of Supervisors did before.

The Upper Broadway sacred site belongs to the Wopumnes Nisenan-Mewuk Tribe with over 20 decades of history in El Dorado County. This is their sacred site that they have been protecting for over 100 years. Featured in the Mt. Democrat "Historic Rock Grinds Broadway Project to a Halt".

On April 16, 2020 the City of Placerville bull-dozed the site without CEQA review and without warning. The City claims they gave notice in their 2018 MND but the site was beyond the study area delineated on the map. The description did not include the parcel the sacred site is on ...so there was no need for the Tribe to reveal the site to the City. The City admits the Wopumnes Tribe saved the City over $800k by putting a "HALT on the project to protect their sacred site". The site is located on private property partially in the City Right of Way.

The City has chilled the elderly private property owner's participation in negotiations with the Tribe.

On June 23, 2020, item 12.1 on the City Agenda, the Placerville City Council, in an unprecedented act of insensitivity in these times of "racial sensitivity" and amidst much support of the historic Tribe, decided to deny the Wopumnes’ request to allow them "jurisdiction access" to their own sacred site; to monitor study and construction activities, and bring in UC Davis to do the dig, and collect their store their artifacts. Instead the City Council decided to give the Wopumnes sacred site to the Sacramento-Verona Band (who was placed in El Dorado County in 1980, owns Redhawk Casino and calls themselves (SSBMI)). The City did exactly what the El Dorado County Board of Supervisors did in 2004... they gave the Wopumnes' sacred site away to the Sacramento-Verona Band (an out-of-town group from Sutter County with no relationship to the sacred site, so they could build Redhawk Casino). The Citizens of El Dorado County say "Not in my town. Placerville City Council, give the Wopumnes back their sacred site so they monitor construction and study activities, and bring in UC Davis to do the dig, Collect, Study and Care for the Wopumnes Tribe's artifacts."

Stand up to the abuse of our history which includes our Nisenan-Mewuk heritage by telling the City to repeal their Resolution #8865 and give the Sacred site back to the historic Tribe.

Help us out here... forward the Petition link and ask 10 of your friends to sign the petition.

Thank you for your attention.

To make donations to the Tribe to Protect out Sacred Sites around El Dorado County https://www.gofundme.com/f/wopumnes-sacred-site-preservation-fund?utm_medium=copy_link&utm_source=customer&utm_campaign=p_lico+share-sheet

For more information about the Tribe www.RealMiwokTribe.com