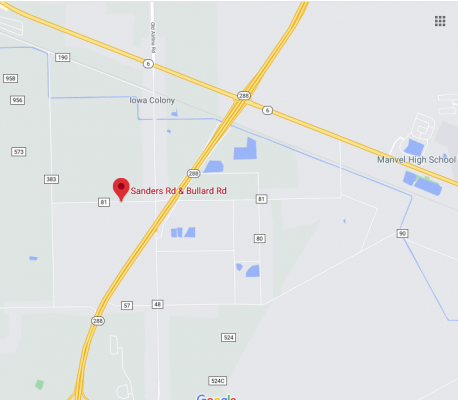 Citizens Against the Building of Concrete Plant in Iowa Colony ETJ

United Ready Mix has applied to the Texas Commission on Environmental Quality for an Air Quality Standard permit. Should the commission grant this permit to United Ready Mix it will allow the company to build a concrete batch plant at the corner of Sanders and Bullard Roads in the EJT of Iowa Colony, Texas. This is no small matter. The lives of all Iowa Colony residents as well as those living near Iowa Colony will be greatly affected. Not only is the road infrastructure not capable of handling the constant flow of large concrete trucks, but the negative affects on the local environment, noise pollution, and health of those living in and around Iowa Colony will be significantly impacted especially those with existing respiratory issues. In addition, it is well documented that the same pollution created by these plants that leave a film on people's homes, cars, and the streets they drive, leaves the same particulates in people's lungs. These particulates are known to cause respiratory diseases in the healthy such as: asthma, silicosis, emphysema, and chronic bronchitis. There are several thousand people as well as multiple schools within a 5 mile radius of the site that United Ready Mix wants to build and soon to be two new elementary schools and an additional large neighborhood.

We the undersigned citizens living in and around Iowa Colony do not want ourselves, our families, or our environment affected by the building of this concrete batch plant. We are adamantly against it being built anywhere in or near our city. We implore the Texas Commission on Environmental Quality to do right by citizens of Iowa Colony, Texas and the surrounding areas that will be negatively affected by this plant to vote "NO" to this application for a permit by United Ready Mix.