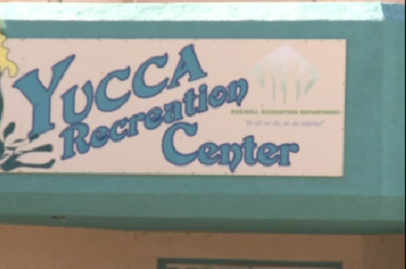 Roswell City Councilors Elena Velasquez and Juan Oropesa are proposing renaming Yucca Recreation Center to the Cesar Chavez Recreation Center as their fourth (4th) attempt to have something "large" named after Chavez.

STOP FORCING YOUR AGENDA ON THE CITIZENS

When Velasquez first (1st) announced her proposal, she stated she wanted to pick a generic street name like Garden Avenue, however the citizens spoke up. The second (2nd) attempt was to rename the bypass after Chavez and Martin Luther King Jr., however the Chaves County Commissioners rejected it. The third (3rd) attempt was to rename a portion of S Main street. Citizens AGAIN spoke against the proposal. Councilor Velasquez never spoke with the property owners about the financial impact to their businesses. Now the fourth (4th) attempt is to rename Yucca Recreation Center.

Yucca Recreation Center was permanently closed Jan 1, 2016. The NEW Rec Center will take at least 2 years to build. It's only in the planning stages, location and design still have to be discussed. The only thing definite is the city received $250,000 in Capital Outlay money for engineering and design of the new Yucca Rec Center. However, the funding MUST BE SPENT on the YUCCA REC CENTER, the name on the application when asking for funding. If the name is changed prior to spending the funds, the money must be sent back to the state for the 2nd time and requested again. There is no guarantee that the state will approve the funds for the 3rd time.

The citizens have stated time and time again, they prefer to recognize local heros, someone relevant to Roswell, someone who has lived in Roswell. Roswell is rich in history and streets, buildings, parks and schools reflect that history. The citizens want to carry-on the same tradition.

By signing this petition, you are AGAINST renaming Yucca Recreation Center. Let's finish this and move onto important issues!