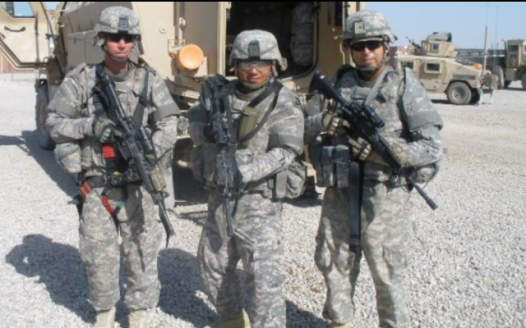 I am writing seeking your help with regards to a fellow veteran who is in a very precarious situation. My friend Chong Hwan Kim was legally brought into our country from his country of birth (South Korea) by his family at the age of 5years old with a green card. He joined the service, spent time deployed in Iraq serving our country as a rifleman got out as an E-04 and has service connected disability. Like many upon return he had some issues reintegrating into civilian life and got into some legal trouble while struggling with substance abuse. He served the sentenced jail time for his offenses and upon release completed a treatment program and began a productive life of continued recovery. Approximately 1.5 years after the offense and while in compliance with his probation requirements his probation officer contacted him asking him to come into the office, Chong complied without knowing why, upon arrival immigration officials arrested and detained him on an immigration hold where he is currently pending deportation. Chong would bleed to keep the stripes on our flag red and yet even after defending the US in war is not considered a citizen? Does he not have more right to the claim of citizenship than many? Should he be sent to a country where he doesn't know the language, the culture, or have any roots family or investment? Do our service members not earn the privilege to live in the country they bled for upon their return? Of all immigrants, should one who came legally, paid taxes, served our country, bled for us and with us, be the focus of deportation? I appreciate your attention in this matter Chong needs the aid of one greater than myself who could better serve one who served us before he becomes another soldier lost who won't come home, too many of us already don't get to come home. Our hero needs a hero.