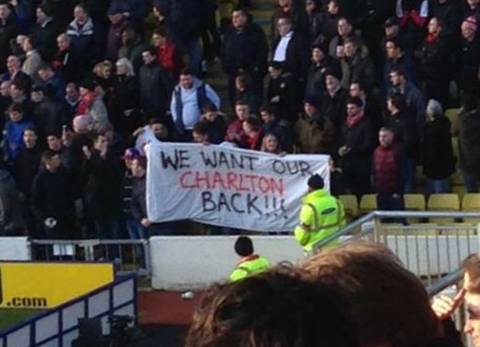 Charlton fans want communication with Roland Duchatelet and him only

Charlton athletic was taken over by Roland Duchatelet in January 2014 and since coming to Charlton we are now on our 5th manager.

Roland had argued on the sale of Liege to the press that things became 'complicated' after his ownership was met with intense fan opposition following the sale of star players. Unfortunately, our fans are starting to feel the same feelings those Liege fans felt.

We do not get any communication from Roland and are fighting a relegation battle again under his ownership, we need an owner who will listen to our concerns about the management we are getting, we need communication or him to sell up!

Lifelong Charlton supporters are starting to get severely concerned about what is happening to our club and too right. Katrien is supposed to be the one who liases with us fans and supposed to have our best interests at heart whilst our absent owner watches from afar but even she is refusing to listen to our concerns or acknowledge that thousands of people are getting angry about the running of our beloved club.

We need as many people as possible to sign this so that we can at least try to get some sort of communication with Roland. I will be getting in contact with media and the likes once this petition has some following.

Once this has hit 1,000 signatures I will send this on to the club to make them aware that this is in the process and to show them how many Charlton fans are unhappy so far.