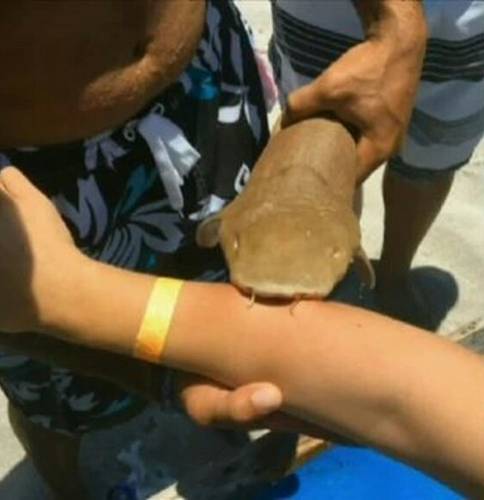 Tell the FWC to charge girl who provoked the death of juvenile nurse shark in Boca Raton with animal cruelty.

Cruelty to animals has many consequences. When you deliberately seek to torture, taunt, threaten, or harrass in an attempt to intimidate an animal in its natural environment, any consequences and/or repercussions of the incident must be directed towards the person's responsible. In this particular instance, the perpetrator of the "attack" was the 23 year old beach-goer, and not the juvenile nurse shark. The antagonist in this incident should be precluded from suing or seeking to enrich themselves after said provocation of the incident. Her acts were willful with bad intent, and as a result she must bare the consequences of her actions without seeking relief. She and her friend's intention was to hurt, annoy, injure, molest, or otherwise disturb this creature in its habitat. For what reason would the most docile of shark species attack if it were not out of fear? There are eyewitnesses that saw them following, and pulling on the animals tale for selfies. You don't disturb or approach a young predatory animal in its environment without expecting it to become defensive. The perpetrator of this incident should have to face the appropriate animal abuse fines levied against all persons involved for the deliberate orchestration of the events that unfolded. Much like The Son of Sam Law, any income that they may generate from discussing this on TV shows, interviews, blogs, social media, and magazines should be directed towards any and all oceanic charities designed for the safety, protection, preservation, and well-being for creatures of the sea.