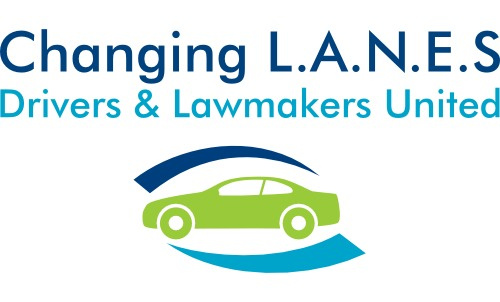 In recent media reports, the enforcement and collections practices of Transurban are coming under heavy scrutiny. Citizens have had summons filed in Fairfax County District Court with civil penalties in the thousands or tens of thousands dollars for as little as $10 in combined tolls.

Here are the stories of Toni L. Cooley and Lisa Comras' cases. They provide a good summary of the toll enforcement and collection practices of Transurban.

A class action lawsuit was filed April 15, 2015 due to Transurban's unscrupulous collection and enforcement practices.

While the case plays out in US District Court against Transurban, et al we believe it's also important to start the work with our local and state lawmakers to amend Virginia Code §33.2-503, the HOT lanes (now referred to as the "Express Lanes") enforcement.

Our group is dedicated to just that, working with Richmond to write an amendment to Virginia Code §33.2-503. The intent and the application of the law we believe are quite different and has penalized tens of thousands of Virginia, Maryland and District of Columbia residents. Over 26,000 summons were filed in Fairfax County District Court in 2014; the impact of the collection and enforcement practices of the 95 Express Lanes have yet to be seen since those lanes have not been open long enough to have summons filed. We can also expect out of state residents to be affected by the collection and enforcement practices especially since many will not appear in court and will pay the extreme penalties to Transurban to avoid returning to Virginia. This will become a black eye on our state when this becomes a national media story. As Virginian's we need to enact change before that happens.

Our other goal is to have a notification system on the Express Lanes, similar to the Dulles Toll Road, to notify drivers when their EZPass accounts are getting low. This will eliminate many of the repeated toll violations over a span of a several days. Currently, drivers have no control over their trip. A driver has NO idea if there is a problem. We are finding that it can take UP TO 8 days for one trip on the HOT lanes to register to your EZPass account while ALL other toll roads up and down the east coast take ONE day or less to post.

We were featured on WTOP and WUSA Channel 9 News and since then, folks like you have taken the time to sign our petition, reach out to us and now, we ask you also reach out to your district's delegates.

Toni recently won her case (Statute of Limitations) in Fairfax County Circuit Court. So if you receive a summons and it is even ONE day beyond a calendar year, when you go to court, do NOT settle - tell the judge it is an untimely filing and you will walk out of there with every penny you walked in with.

Lisa initially was saddled with a judgment of $10,751.40 for $14 in (alleged) missed tolls. She refused to pay the judgment, lost her drivers license and registration to her car. Just this past April, a General District court judge vacated her judgment because Transurban was not a leally registered entity with Fairfax County and could not collect $ from people. Transurban filed a "Motion to Reconsider" and the judge upheld his decision. Lisa paid nothing. SO - if you went to court and had a judgment issued against you PRIOR to March 3rd, 2015 (and if you did OR didn't pay the $) you should file a "Motion to Vacate" - reach out to us and we can provide you with attorney information.

Please sign our Petition to let our lawmakers know Virginian's want a fair and equitable enforcement and collection practice on the 495 and 95 Express Lanes and a notification system installed.