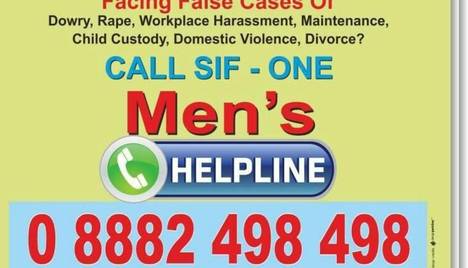 More often that not I see many petitions being floated mostly by so called "harassed" women and so called women rights "crusaders" who float petitions like:

"I was burnt", "I was raped", "I was killed" OR remember the "some fictitious and/or unverified incident which is sub-judice", NOW SIGN THE PETITION IF YOU WANT SAFER COUNTRY FOR WOMEN"

None of the petition originators give their where abouts, who they are, whats the data source that they are using to "poison" the minds of people they are spamming. They do not take any responsibility but ask you to "sign the petition" because they quote an incidence. These kind of petitions are creating false sense of insecurity and demonizing men in all walks of life. Initially taxi drivers, now pizza delivery boys ten Zomato , next would be delivery boys of Flipkart, Snapdeal, DTDC ..you name it.

In simple terms for disrespecting the Constitution of India & Law of the Land by allowing such fake Hysteria instigating petitions.

By the way, have you every asked yourself, why do you get mailers from change.org for petitions related ONLY to Crime Against Women? Are crimes happening only against women? Are men safe?

Sing this petition to apprise change.org that they cant circulate/spam/publish the petitions that have unverified facts, no data source and worst no tracebility of the person who is creating the petition or hoaxing and terrorizing the whole nettizens world.