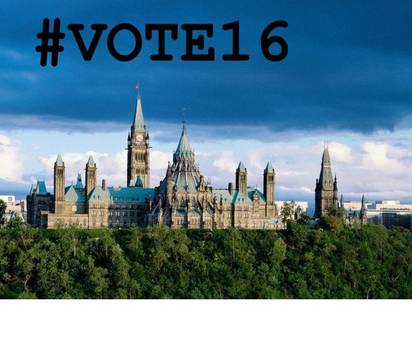 If Canada is a really a democracy, then why don’t 16 year olds have a say in their own government? The voting age should be lowered from 18 to 16. If 16 year olds can legally drive, work and be an active citizen, and give back to their community, why shouldn’t they be given the right to vote? Sixteen year olds have recently received Civics education, and know more than most adults think they do. Teens are interested in politics and the government, and they should be given a chance to show it. After all, this is an issue about their future and they want a say. This petition’s goal is to get a bill passed to lower the Ontario's provincial voting age to 16.

Share the Petition and raise awareness! Let's make a difference together! #Vote16