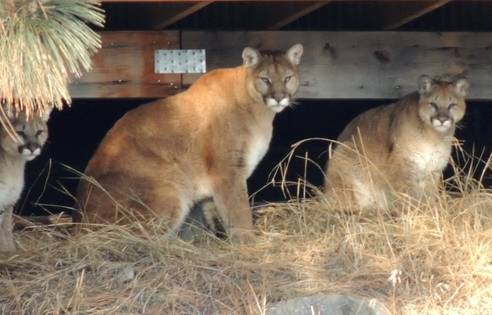 681 people have signed this petition. Add your name now!

In light of recent events where a mother and her three cougar juveniles were shot and killed in Penticton BC - the public of British Columbia demand a change to the Ministry of Forests, Lands and Natural Resource Operations procedure manual. Human safety is the number one priority, yet better proactive measures must be taken, as it affects whether the large carnivores have a potential successful outcome being relocated, placed in a sanctuary or a fate of death. This change we demand will mean Dan Peterson the Director of Wildlife will review and enforce new procedures and protocols to deal with these large carnivores encounters with proactive protocols in place. Examples are: to inform the human population with an alert system (similar to Amber Alert) or to lock down the community and schools for a 72 hour period which would allow for the Conservation Officers to have a window of time and space to attempt a relocation. Protecting our wildlife is the most important thing we can teach our children. Lapse in action is not acceptable in this day and age.

All cities, townships, villages and all human populations living in proximity to dangerous animals (e.g. large carnivores etc.) must have appropriate safety procedures and protocol in place to prevent attacks and injuries by these animals upon the public and to give these animals a chance at survival. Lapses in human action only further these animals fate of death, whereby in this case, human negligence resulted in the termination of 3 large carnivores on Jan 17, 2017. Appropriate proactive response procedures were not carried out in this case, future prevention must be in place to deal with large carnivore encounters to protect the public and the wildlife. Termination must be a last resort with relocation including sanctuary options for these animals, to prevent all attacks resulting in an injury or death. These procedures must be practiced routinely per the emergency drill requirements implemented and contained in these new changes to the procedures and protocols of the Preventing and Responding to conflicts with Large carnivores manual. Any resulting changes to either the procedures or newly enforced action protocol must be prepared immediately and maintained and reviewed for five years from the date of change.