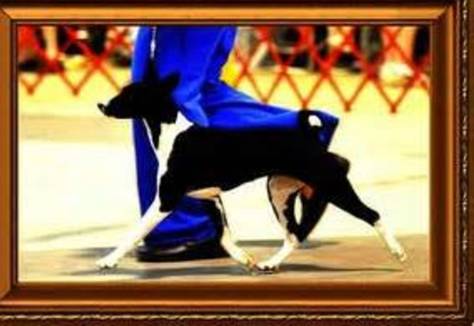 Change the rule for dogs DQ'd by AKC Judges

601 people have signed this petition. Add your name now!

Did you know it only takes one AKC Judge to ruin your show dogs career if the dog is DQ'd for bad behavior, the dogs show career is not only over from conformation but from any AKC event. Also did you know that AKC is the only kennel who has this one judge descision and you are out FCI,CKC, UKC all have review boards where the owners can petition this descision AKC does not have this option for owners.

I am starting this petition to try to get the AKC to change this rule to have a committee review the case and decide if the dog should be able to go for reinstatement. After all if a dog is unstable it will not make it though three judges going over it. I am asking this for any dog who has been DQ'd in the past, present or future.

I have been speaking to people who have had dogs just turn around and look at a judge wrong and get DQ'd, Dogs who have been startled and spun around but did not bite, Dogs who have had judges poke them by accident with long finger nails and they back off, young dogs who owners have asked to be excused from the ring and the judge says no I will work with your puppy then DQ'd the dog when it backed away on exam. All of these examples are in my mind of dogs who should have been excused not DQ'd. The only one of these dogs who got to go for reinstatement was the puppy. The other three dogs were blocked from having their right to go for reinstatement by the judge.

I have also heard of a famous dog who bite a child at a interview in the mid west at a AKC show in January and was reinstated in time to win its group at Westminster. This is a dog who had bitten a child.

I hope that you will support us in trying to get the way AKC handles DQ's changed. They state on their website that only 7% of the dogs get DQ'd get reinstated. I truely beleive that the reason for that is most of the other 93% of the dogs have been blocked for reinstatement by the judges.