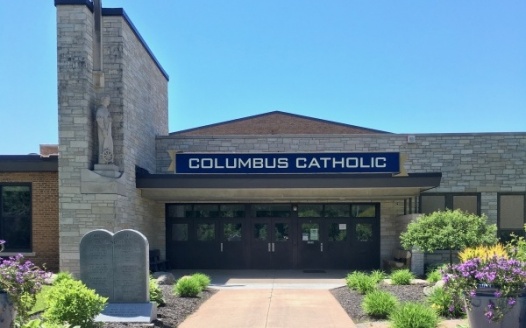 We, the undersigned students, staff, faculty, alumni, and friends of Columbus Catholic support the renaming of the school system and the removal of the Christopher Columbus Statue in front of the high school.

In the wake of the murders of George Floyd, Breonna Taylor, Tony McDade, and countless other Black people and People of Color, conversations about race have been occurring across the country. As a result, we have seen statues of Christopher Columbus taken down everywhere from St. Paul to Boston— and with good reason.

Celebrating Christopher Columbus delegitimizes the experiences of Black and Indigenous Peoples by celebrating a man who acted in deeply racist ways and harmed many. Christopher Columbus personally enslaved and sold over 1,000 Indigenous Peoples, pillaged their communities, and murdered countless others. Instead of being named after a man who represents racism and hatred, our school should be named after someone or something representing justice and understanding— the values we promote as a Catholic school.

We understand that many members of our community feel a strong connection to the name of their school system, but it is important to recognize the hatred and pain Christopher Columbus represents for so many people. Christopher Columbus does not uphold the respect and peace that our school values, but instead symbolizes a history of racism and hatred in our country. The philosophy of Columbus Catholic Schools is to “help each student learn to appreciate and respect the rights and differences of others so that at school, at home, and in the community, they might act as true Christians who nobly grace our society with peace.” We should consider how Christopher Columbus plays a role in this philosophy as a man who directly contributed to the genocide of Indigenous and Black people in the Americas.

Changing the name of our school is a small step, but if we are to work toward justice in our community and our country, it is a necessary one.