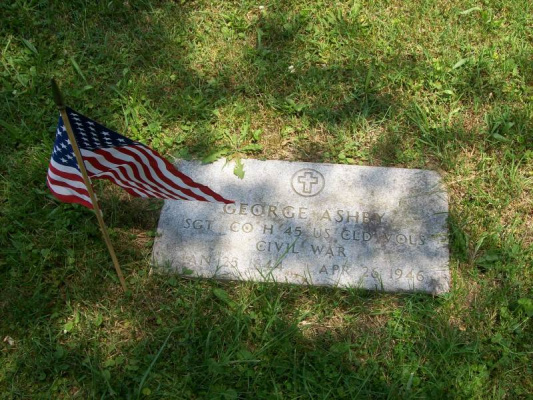 This is a petition to gather interest in changing the name of the creek that runs past Conines Millpond behind lakeview drive and along the northern side of 526 in Allentown and Upper Freehold New Jersey. The name of the creek is Negro Run, and would be changed to Ashby Creek. "Ashby," is in reference to Civil War veteran and past Allentown resident Sgt. George Ashby. George Ashby was the oldest New Jersey Civil War veteran when he passed away at 102. The purpose of this name change is to acknowledge a great resident of our town and serviceman to our country. Here is more history on George Ashby.

When George Ashby died at his residence on Pearl Street, Allentown, he was the last remaining New Jersey Civil War Veteran.

His regiment was assigned to the Union's Army of the James, and placed in the all-African American XXV Corps, commanded by Major General Godfrey Weitzel. As part of the operations around Petersburg, Virginia, George Ashby's regiment fought in the battles of Chapin's Farm, New Market Heights, Darby Town, Fair Oaks, and Hatcher's Run. After the Confederate lines were broken in April 1865, it took part in the final pursuit of the Army of Northern Virginia that ended with General Robert E. Lee's surrender at Appomattox.