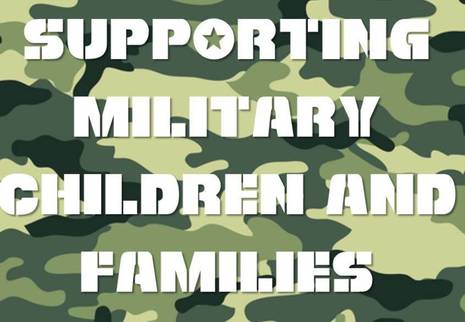 The Post-9/11 GI Bill allows service members (officer or enlisted, active duty or Selected Reserve), to transfer unused education benefits to immediate family members (spouse and children). The Department of Defense stipulated that service members must have at least six years of service, and commit to an additional four years of service in order to transfer benefits to a spouse or child. Post 9/11 GI Bill entitles service members and dependents to a monthly housing allowance; paid tuition and a yearly book stipend.

However, there should be an exception to policy for service members that are medically discharged due to unforeseen circumstances.

My personal story: My daughter is a dependent of a veteran who served the US Army for 16 years. Her father recently transitioned out of the Army Dec 2015, due to medical. He transferred GI Bill benefits to her in 2011 and she entered her first year of college Aug 2014 and will complete her second full year of college soon. This benefit entitled her to a monthly stipend for a housing allowance and tuition expenses paid. Recently, she received a letter from Veteran Affairs stating, due to her father's change of status from active duty-after serving 16 years she now owe $36, 206.93. This has caused emotional distress for her and us as parents. This amount due is because of overpayment for her father transitioning out early, due to medical complications. The concern/problem is the fact the debt fell on her to pay back-this must change. This is completely unfair to service members and families who have served over and above the call of duty to their country.

There has to be an exception to policy to service members and their dependents that are medically discharged due to unforeseen circumstances. I'm not only writing on behalf of my daughter, but service members that have possibly endured this disservice. I'm advocating for change. This has been one of the most stressful times as parents who only want what is best for their daughter.

During the time of transition from active duty, this service member was not informed of not meeting the obligation for his daughter to continue receiving the educational benefits. My daughter was immediately terminated and informed to pay back $36,203.93.

Another Veteran’s Story: My husband got injured in Iraq and was medically retired on July 22, 2009. He experienced several injuries and one included traumatic brain injury, (TBI) which caused short memory loss. We were never educated on the stipulations or policies regarding his education benefits. We have six children and was told we can transfer his 9/11 benefits to them, but was denied. Also, my husband was injured at the time and was not able to use his benefits; and could not transfer to his children because he did not meet the stipulations given by the Department of Defense. We would lose 48 months of benefits because he was discharged before August 1, 2009. There should not be a specific date place on his entitlement to his education benefits.

There are many more of these stories.