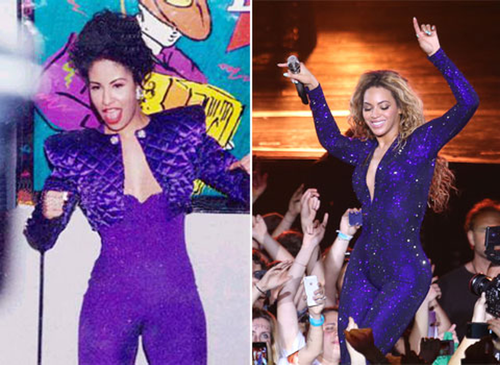 The Queen of Tejano music, Selena Quintanilla contributed to Mexican-American music in the late 20th century. She was born in Lake Jackson, Texas and lived in Corpus Christi for most of her life.

Not only is she Queen Bee, but Beyoncé Knowles-Carter was born and raised in Houston, Texas. Forbes has listed her as the most powerful female in entertainment, along with Time listing her in the top 100 most influential people in recent years.

We are a global company and, even locally, are very diverse. While names of conference rooms are, in the grand scheme of things, largely unimportant, we should take this opportunity to better represent the broad spectrum of individuals that make up Newgistics. We are diverse, we are fun, we are Newgistics! Let's change these names!

There have been some comments about "why not global bands.." etc - I chose Beyonce and Selena after lots of conversations around the office. Since we chose to go with Texan musicians for virtually every other conference room, I thought it would be best to change the remaining two to fit the theme.