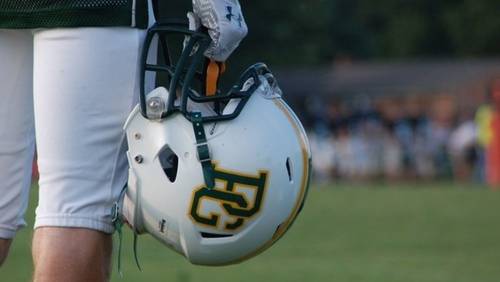 This petition represents an opportunity for families, community members, and alumni to support a movement to bring change and improve our football program at Prince George High School in Virginia.

The Prince George Royals varsity program has just completed their 8th consecutive losing season. Once again, the Royals have failed to make the playoffs. Over the past 8 seasons, under the current regime, Mr. Bruce Carroll has compiled an overall record of 31 wins and 59 losses.

The bar has been set extremely low for our football program. Our habitual losing simply does not match our top tier level of talented student-athletes in our county that are highly successful in other sports. It is now time to reflect and investigate the competency of Mr. Bruce Carroll and determine if he is fit to lead this program.

Our program is tremendously inferior to our conference rivals and regional competitors with regard to the following areas:

1. Coaching Talent: Varsity Head Coach, Mr. Bruce Carroll's last tenure was at Windsor HS where he posted a record of 28 wins and 51 losses in 8 seasons. In 16 consecutive seasons he's compiled a record of (59-110). The modified and JV teams are also in need of more coaches that are more proficient in player development and running quality practices.

2. Teaching Proper Fundamentals: The modified, JV, and Varsity teams are not receiving the proper teaching of their individual position skills, and in-game scenarios. Therefore, the majority of players in our program are behind the curve in regards to their readiness to advance to their respective levels.

3. Offensive/Defensive/Special Teams Schemes: Due to the improper alignment and assignments given to the players, the team is at a disadvantage before the game is even played. The head coach decided to limit players to only playing on one side of the ball, which prevents the coaching staff from using the most fit players in every position. Many players have also historically played out of position at the coaches discretion. The offensive play calling is extremely predictable. Defensively, they struggle due to lack of in-game adjustments from the coaching staff. The special teams play routinely puts the team in negative field position, posing a constant challenge for the defense to protect a short field.

4. Off-Season/In-season training regimens: The strength & conditioning program is headed by Mr. Bruce Carroll and ran by the assistant coaches. However, there is not a designated strength & conditioning coordinator with legitimate training certifications that is capable of implementing football-specific training in order to maximize their training to build up their strength, speed, stamina, and power effectively. Subsequently, the players (modified, JV, and Varsity) suffer significantly without an objectively planned strength and conditioning program which incidentally have many of them paying for outside certified instruction.

5. Practice Plans: The practices resemble a recreation caliber itinerary that have prevented the players from developing their skills and enhancing their football IQ. The coaching staff fails to put the players in critical in-game scenarios to perfect their alignment and assignments and therefore it negatively impacts their performance on the field on Friday nights. The lack of proper drill prescription prevents the players from mastering fundamentals and developing advanced skills. Practices are also improperly managed and unsafe, that have resulted in countless numbers of injuries.

1. Negative Culture: The football program is a non-orderly, discriminatory system with transparent issues in leadership, culture, processes, and traditions that are affecting our community and preventing countless numbers of student-athletes from achieving their goals. Our student athletes have continuously faced issues with bullying, demoralization, and verbal harassment from the Head Coach and select members of the coaching staff and administration.

2. Academics: Another critical factor is that the student-athletes do not receive any assistance, guidance, or encouragement in regards to their future in college. Mr. Bruce Carroll has failed to educate players and families on the recruiting process to better allow families to make informed decisions. There is also a lack of effort by Mr. Bruce Carroll to ensure that his players will be deemed eligible by the NCAA Clearinghouse, which includes pre-requisite standards in a players core GPA, course curriculum, and an array of questions asked by the NCAA to make sure a player has not accepted any unwarranted scholarships or monetary gifts that would affect their collegiate eligibility to play Division I, Division II, or Division III athletics.

3. Recruiting Process: Mr. Bruce Carrol's inability to establish relationships with college coaches, local and statewide has limited our student athletes to few opportunities. There has been a lack of effort in marketing our players to schools, sending them to camps, or encouraging them to participate in combines. Therefore, our student-athletes have not had adequate and legitimate opportunities to receive college exposure and potential scholarships to continue their football careers at the next level. Several in-state, college recruiters have stated that they will not recruit football athletes from Prince George because of the coaching reputation.

4. Racism & Discrimination: There have been incidents of racism this 2016 season that resulted in a full fledge investigation and led to the firing of the head JV football coach for his remarks against one of his own African American players. A Native-American player was also sexually harassed and bullied continuously by a teammate and no punishment was rendered.These incidents had to be escalated to the school board because the head coach refused to properly address the situation when it was brought to his attention.

5. Unfair Punishments: The players have been subjected to threats made by Mr. Bruce Carroll to provide a negative report to college coaches as a repercussion for speaking out against the lingering issues within the program. There are numerous reports of black-mail made by Mr. Bruce Carroll, on the grounds that players will not receive playing time due to expressing their freedom of speech and supporting this cause on social media. Players have also been black-balled for choosing to use outside resources in conjunction with the football program activities to improve their game.

It is now time for your voice to be heard and your signature will be the driving force to induce change for the greater good of our children that reside in Prince George County, VA. Families are at the brink of leaving the county, and taking their children to another school. Several assistant coaches and returning players have also stated that they will not return if Mr. Bruce Carroll remains the head coach. Let us stand up and get involved on behalf of the current and future generations that will participate in this football program. Mr. Bruce Carroll is up for a contract renewal, and if we do not act now it will be too late. We need new leadership, and the time for change is now!

This petition will be delivered to the Prince GeorgeCounty School Board.