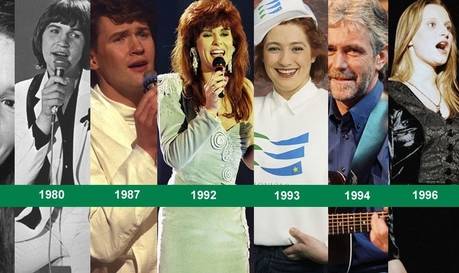 RTE have been extremely lazy as of late with their selection process for the Eurovision Song Contest. Internalised selection processes that omit any feedback from the public have seen to the demise of our standing within the competition. Instead of showcasing our countries immense talent we are left underwhelmed and embarrassed each year. To be fair Nicky Byrne did try his best; But it was an average song with an average singer ... Average entries get average results. It's time that we demand RTE step up to the plate or hand the selection process over to another broadcaster who is willing to put their best foot forward. In the last few years Sweden, Austria, Denmark, and Germany have all won the competition. Western countries can and do win but they all had very strong entries. This petition calls on RTE to reinstate a national selection process inviting entries from anyone who wishes and hosting a Eurovision selection night where the public can decide who represents us next year (Rather than their current ‘cronyism’ internalised selection process). This petition also calls on a stronger youth vote in the jury panels that vote on the night. What should be three minutes to showcase our countries talent pool every year on a world stage has of late turned into an embarrassment and a quick shameful exit. It is time to demand a change. RTE's lacklustre and lazy attitude has to end. Join this petition today! Make a change!