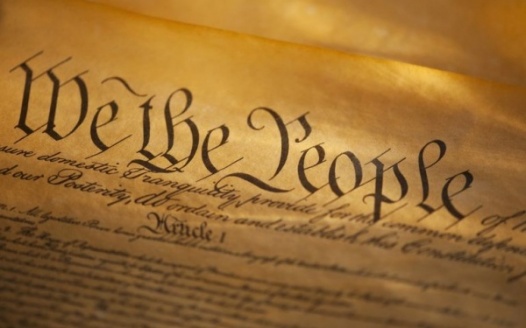 Change and Reform the Corrupt Business of CPS and Family Courts. We The Parents are The Voice For Our Children

We are the families of The United States of America, and our children have been wrongfully taken from us, and by the very definition-kidnapped. In many; if not all cases, those who removed our children did so with no warrant, no court order, and absolutely no due process.

Many of us have reported these issues to our state leaders and other entities that are put in place as a means for The People to report these unlawful acts, countless violations of rights, abuse of our children while in state care, and the list goes on. Only to be told, “There is nothing we can do.”

But this is quite the contrary. . . Our leaders take an oath to defend the constitution and that is by extension, the rights of The People.

The People, includes the children. We, the families, no longer believe that our country protects our children because the very entities that are put in place to protect them, place them in situations far more dangerous than what they were removed from. Statistically, children are more likely to suffer physical, sexual and emotional abuse while in the State’s care. Texas alone ranks fourth in the nation for early childhood pregnancies, sexual assault, physical abuse, and murder of children while in Foster Care.

Does abuse in the home happen? Unfortunately yes. HOWEVER, time and time again it has been PROVEN that removing children is far more traumatic than the abuse itself. Additionally, there are resources put in place for families to utilize that aid in building, cultivating, and empowering the family unit in such a way that is indefinitely beneficial. Futhermore, not only is being removed from the home traumatic, but being placed in home after home after home causes more trauma and mental health issues for the children and their families.

On the flip side, in order to properly protect children, a FULL and COMPLETE investigation MUST be done in an effort to truly protect the fundamental rights of children and their families. In order to do this, a full and complete investigation on the complete entity of the Health and Human Services, as well as ALL family courts, courts clerks; including judges, and all those affiliated, must be done across ALL states and those who have committed crimes willingly, and knowingly placing children with abusers, OR have made a consorted effort to “cover-up” the abuse that happens to our children while in the state’s care, MUST be held accountable.

If a parent, or child who is a victim of CPS Corruption commits suicide due to CPS involvement, who otherwise, and of sound mind would not have, under 18 USC 1117; “Conspiracy To Murder,” all those party to such wrongful removals and violations of rights, should be charged with murder.

Explanation:
Termination of Parental Rights in legal terms is known as “The Family Death Penalty.” If violations under 18 USC 241 & 242, as well as 18 USC 1983 occur, this is conspiracy to deprive parents and children of their fundamental rights-under the color of law-to be a family. Thusly having the children removed with the intent to impose “The Family Death Penalty” upon the family, is in fact; under 18 USC 1117, “Conspiracy To Murder”, as the Fundamental Right to remain a family and raise our children has been murdered.

“Before children may be adopted, their ties to their natural parents must first be permanently severed. Permanent termination of parental rights has been described as "the family law equivalent of the death penalty in a criminal case" (In re Smith). The power to terminate parental rights is an "awesome power" (Champagne v. Welfare). "It is tantamount to a civil death penalty" (Drury v. Lang).” ipt.forensics.com

18 USC 1117- “Conspiracy To Murder”
”If two or more persons conspire to violate section 1111, 1114, 1116, or 1119 of this title, and one or more of such persons do any overt act to effect the object of the conspiracy, each shall be punished by imprisonment for any term of years or for life.” Found at: “law.cornell.edu”

Even if suicide does not result from CPS involvement, there is still conspiracy involved in these cases, all with the intent to terminate parental rights. Judges denying evidence and/or ignoring exculpatory evidence, Judges ruling AND litigating from the bench without an oath of office on file, CPI’s not doing investigations, law enforcement does not always issue warrants and the list goes on.

This is all not only a violation of our rights, but it is in fact conspiracy to impose “The Family Death Penalty” as CPS and their constituents “run with” any allegations they receive-whether true or false. Without a full and complete investigation, there is no justice for anyone, especially our children.

The first line in the Oath of a Social Worker:
”I solemnly pledge to consecrate my life to the service of humanity and to social justice. . .”

No Man, Woman, or State is above The Constitution. Inasmuch, our leaders were elected by The People because we trusted you to make a change.

As an American who is part of The People; I ask you to remember your oath, and to do what you promised. Make a change and protect the families of this once great nation.