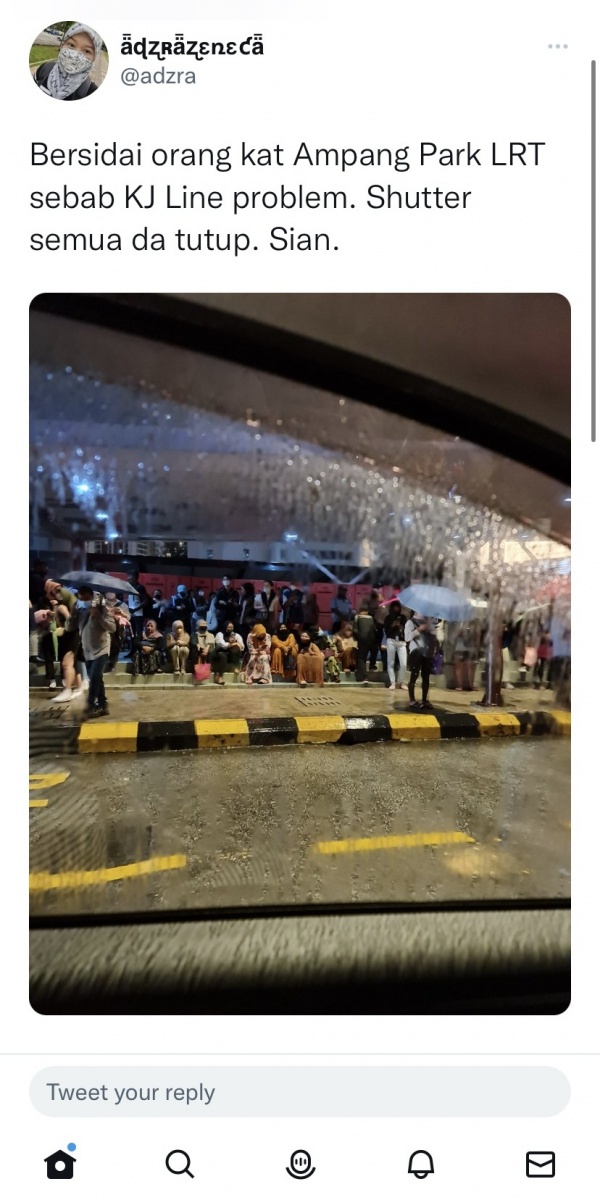 CHAIRMAN, PGCEO AND CEO OF PRASARANA TO STEP DOWN

3616 people have signed this petition. Add your name now!

This petition is developed with the purpose to put pressure on the Board of Directors and Key Leaders to resign and to change the Leadership of Prasarana Malaysia Berhad.

Prasarana Malaysia Berhad is a 100% government-owned company which was set up by the Ministry of Finance as a corporate body established under the Minister of Finance Act 1957 to own the assets of multi-modal public transport operator in Malaysia, under the Government’s move to restructure the city’s public transportation.

Prasarana’s Corporate office is located at B-20-1, Level 20, Menara UOA Bangsar, No 5, Jalan Bangsar Utama, Kuala Lumpur. The Kelana Jaya LRT Line spans 46.4km from Putra Heights in the southwest of Klang Valley to the northeast terminal of Gombak.

On 8 November 2022, LRT Kelana Jaya line faced with service disruption and thousands of commuters were stranded at LRT stations and inside the LRT itself for few long hours during peak time. No proper communication was being made by the team at MyRapid and no update was given until it caused a roar of anger among commuters on Twitter and only they decided to update, however, with no justifications nor clarifications made on to the cause of the disruption.

On 9 November 2022, at 4pm, right before the peak time, RapidKL decided to pull down all shutters at LRT stations and shut down the service with no communication being made prior. This has caused severe anxiety and distress to thousands of commuters from all group age including senior citizens.

With the inconsistent schedules, poor infrastructure and bad turnaround time, the lives of thousands of commuters were impacted badly, causing distress, sufferings, anxiety, time loss, money wasted and not to mention mental pressure due to some who were unable to pay the high cost of e-hailing service during peak time and left stranded for extended hours for the past two days.

Despite the media attention and MyRapidKL being viral on social media, no one from Prasarana Malaysia Berhad’s Key Management has come forward to address the issue and apologise. No press statement was made and after the public uproar, MyRapidKL announced at 5:00am on 9 November 2022 that LRT Kelana Jaya line will be closed for 7 days.

This has caused great impact of commuters who are relying solely on LRT to commute to work from home and some to universities/colleages/schools.

This petition is a call to action for the abovementioned names to step down from their positions and to reimburse RM50 under the My50 programme to all commuters affected as well as to provide one month of free pass to all Malaysians.