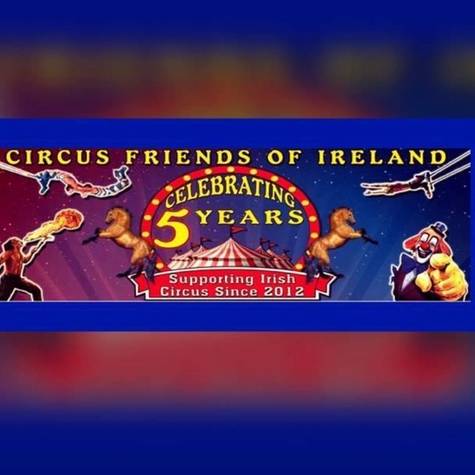 The aim of this petition is to stop the ban proposed by TD Paul Murphy on the use of wild animals in Irish circuses.

C.F.I. (Circus Friends of Ireland), have put together a detailed proposal outlining the realities behind the Animal Rights Industries of which TD Paul Murphy has stated he is an active member.

The key point here is to highlight the big picture which is where are the animals to go once the A.R. movement pushes their agenda to stop all animal/human interaction which seems to be what TD Murphy is pushing for here. It would seem a major oversight from the perspective of a person who wishes the best for these animals, that TD Paul Murphy would simply wish to remove them from their current homes without the guarantee of secure relocation. As part of this bill, I would expect a fully comprehensive plan detailing how he would expect to care for these animals once they are no longer part of circus life. The treatment of animals in Irish circuses needs to be evaluated on a case by case basis, rather than simply branding all circuses under the same negative light. We feel this would be a far more practical plan which provides the best possible outcome for these magnificent animals.

The argument that wild animals do not belong in artificially created man made environments, while initially sounding righteous and highly positive for the animals in question, is not a realistic approach in modern day circumstances. It should be noted that Irelands only wildlife park, FOTA wildlife park in Cork, receives no state funding and depends entirely upon funds raised from visitors to sustain the park. Instead of supporting, many of these “A.R.” groups spend the majority of their money donated to them by well-meaning people on court battles and the spread of horrible, often fake videos on social media. Fundamentally, the goal of these organisations in instances like this is to perpetrate terrible acts of cruelty towards circus animals and frame it in such a way that it lays blame to the affected circus. There have been incidents where people disguised as circus grooms have been paid substantial amounts to beat the animals on camera which is then broadcast on social media by these organisations under the premise that this is how every circus trainer treats their animals. In other cases, activists who support these organisations would provoke the animals in their outdoor enclosures before performances by throwing fire crackers or making loud noises beside the animal enclosures and then recording the reactions of the animals and posting them on social media under the false pretence that this is how the animals always behave in their enclosures. It is this essentially “fake news” perpetuated by these “A.R.” groups for years which has inspired the proposition of ill-defined bills such as this.

TD Paul Murphy has stated that he wishes his ban to include amendments to also ban domestic animals in circuses. Each of these circuses have all the correct paperwork, veterinary checks and excellent animal husbandry, therefore TD Murphys’ proposal is unfounded.

A comprehensive account of our rationale against this ban is readily available should any interested party wish to read it.