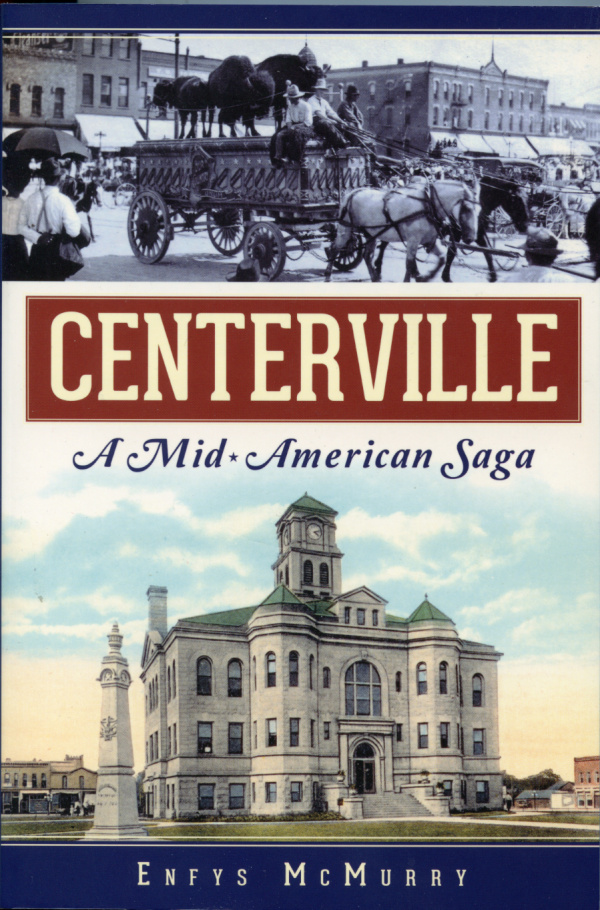 Make Centerville: A Mid-American Saga into a Documentary

We, the undersigned make this appeal to documentary film-makers Ken Burns and Dayton Duncan to make a documentary about the remarkable history of Centerville, Iowa - specifically the chapters covering Immigration and the Ku Klux Klan.

In 2012 the book, Centerville: A Mid-American Saga, was published by History Press. We consider the story of this remarkable Iowa community to be a 100-year microcosm of the American story and worthy of your attention.

The book which covers 100 years of Centerville's history from 1846 to 1946 is the 10-year result of carefully and accurately researched reading of newspapers, microfilms, national and local histories, family records, diaries, and interviews conducted by the author, Enfys McMurry. Of the book's 751 pages, 208 (pages 523 to 731) cite almost 7,000 sources.

The whole story of Centerville might not justify for you a single presentation. Much of what happened in the town already overlaps your previous programs. But some do not. And for two of those, Centerville's story is unique and exceptional.

The 1920 Census of Centerville shows immigrants from over 40 countries of national origin. The list includes not just Northern Europeans countries, but Sicilians, Italians, Turks, Syrians, Greeks, Hungarians, 40 Jewish families from Poland and Russia, one Chinese family, Mexicans from the Southwest and African Americans escaping north across the Missouri border that lies just 7 miles to the south. This diversity is and was not rare in America's cities. Peoria, Illinois for example, on its 1930 Census,its most diverse, had 44 countries of national origin. In Centerville, this diversity occurred...ALL OF IT...within a town population NEVER EXCEEDING 8,600.

This diversity compressed into such a small population generated critical issues of integration. A role player at the time was Centerville's High School principal Harry Laughlin. Mr Laughlin would later become Head of the Eugenics Record Office in Cold Spring Harbor, Long Island. He was rewarded for his racial views by the Nazis.

Centerville's diversity led to its second exceptional story: its encounter with the:

The book's 5 chapters (pages 272-292) tell of the arrival of the Klan, its infiltration of the community, its successful take-over of the town's government, the effect of its agenda, the realization of its divisiveness, and the successful fight against it.

We sincerely present this petition with the hopes that you will consider developing a documentary that can share Centerville's story with the world.

Respectfully,
Lisa Eddy, Curator
and the board of the Appanoose County Historical Society