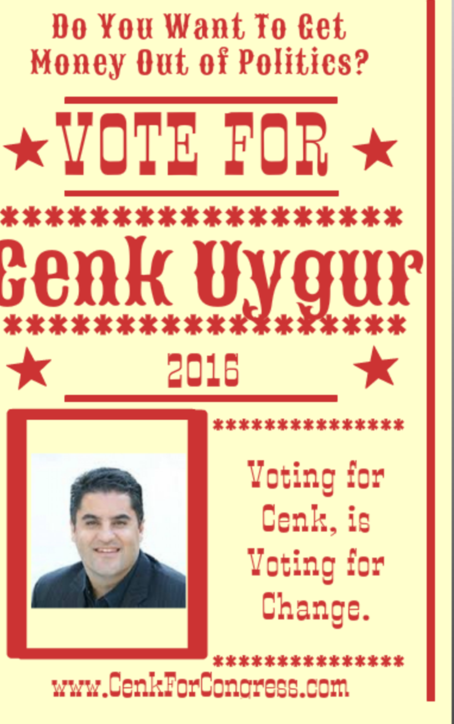 Cenk Uygur Should Run for the Senate

Cenk Uygur (Je-nk You-gur) is a very outspoken Progressive. He had done an amazing job of building the TYT Network as one of the largest online news sources in the world. He has also done wonderful things with Wolf-Pac, which is trying to get a Constitutional amendment to drastically reform campaign finance, and get money out of politics. By signing this petition, you are urging him to run to fill in Barbara Boxer's seat, as she is retiring. He is a man of the people. We are United for Uygur. So if you want to vote for Change, Vote for Cenk.