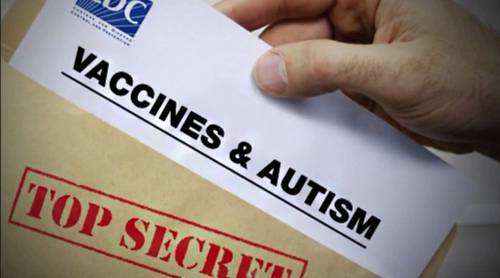 In August of 2014, Dr. William Thompson, a senior scientist at the Centers for Disease Control and Prevention, hired Morgan VerKamp, who is reported to be one of the top whistleblower attorneys in the United States, to aid him in supplying the office of Congressman Bill Posey of Florida with documents related to a 2004 CDC study that examined the possibility of a relationship between the mumps, measles and rubella (MMR) vaccine and autism.

The study when published, showed that there was no link between the MMR vaccine and autism. However, Dr. Thompson came forward in 2014 with an unprecedented admission that he and his colleagues committed scientific misconduct to cover up a significant link between vaccines and autism in Black boys.

These scientists who participated in the 2004 CDC study knew that Black boys who received the MMR vaccine before 36 months (3 years old) were at increased risk of autism. The extremely large amount of mercury in the MMR vaccine contributed to a 100,000 (one hundred thousand) Black boys developing autism.

As parents, grandparents, siblings, uncles and cousins of Black boys, we strongly believe that a hearing is warranted Therefore, we are demanding that the Congressional Black Caucus members call on Congress to subpoena Dr. William Thompson to come before Congress and testify so that we can learn the truth about this human tragedy that has impacted so many of our boys.

This petition is neither for nor against vaccination. It is to get to the truth about this study by having Dr. Thompson testify before Congress.