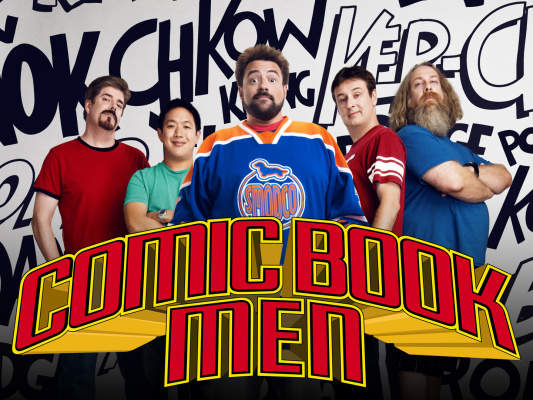 For 7 seasons, Mike, Ming, Walt, and Bryan with the occasional pop-in of Rob Bruce made helped the comic book community grow and expand, helped people get back in-touch with their past, and showed us many times that not everything is as valuable as we thought.

For those unaware, after 96 episodes the television show "Comic Book Men" on AMC was canceled. For fans of the show and the comic community, this was a heavy blow.
You can hear the announcement on episode 397 of Smodcast: https://t.co/szVazWPZMp

We urge anyone reading this to simply give their input and signature as to why they love the show, and how they feel it would benefit in the future on another platform such as Netflix, Hulu, YouTube or Instagram TV.


We, the ones creating this petition are massive fans of Kevin Smith, Clerks, Mallrats, Jay & Silent Bob, The Secret Stash, Comic Book Men, and just about anything that falls within the View Askewniverse. We have appeared on an episode of Comic Book Men, and Brian O'Halloran(Dante in Clerks) was the officiant/host of our wedding. We are just two NJ kids who now live outside of NJ that want to show Kevin Smith himself, that the world cares.

Show your love for Kevin below with a signature/comment.