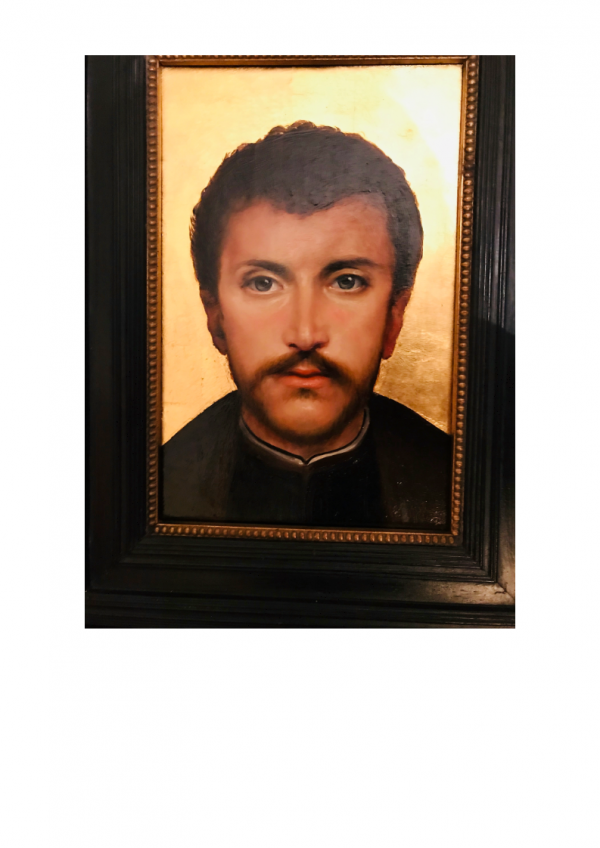 Diocesan interest is needed to support Bl. John Ingram's Cause of Canonisation as are regular prayers and requests for favours granted at his intercession. A miracle granted and accepted by Rome would open the real possibility of his canonisation.

Born in 1565, John Ingram was brought up in the established Church. Whilst studying in Oxford, he became a Catholic - probably through the influence of William (later Cardinal) Allen. Leaving without a degree, John Ingram went to study in Douai College, France - then to Rome, becoming a Jesuit, and there ordained a priest

John Ingram's mission was mainly in north-east England but also in south-east Scotland: allowing movement 'to and fro' the border with opportunities to use 'safe-houses' either side. He had contacts with aristocrats who looked after him when he landed in S.E. Scotland (one later offered a lot of money, which was refused, to save John Ingram from execution).

Following an outcry in Scotland against Catholics, John Ingram was forced to flee south. He was caught on the border whilst crossing the Tweed at Norham. Sent to Newcastle, then York and eventually to the Tower of London for 'examination' (torture) by Richard Topcliff, he suffered grievous torture in the Tower - yet refused to betray his friends and associates.

John Ingram was then sent to Durham to stand trial with St. John Boste and Bl. George Swallowell on 24 July 1594. All three were convicted by Judge Matthew Hutton to be hanged, drawn and quartered. John Boste was executed that day - gallows were already set up at what is known as the Martyrs Memorial near Durham County Hall. George Swallowell was martyred (after a delay due to local resistance) on July 29th in Darlington. His name - faded but just readable - is on a low wall beside the Martyr's Memorial: commissioned by a Catholic businessman in the 20th century.

John Ingram was taken to Newgate Prison, Newcastle, to be kept ready for execution. At that time, the Catholic faith was strong in Newcastle - despite the penalties incurred. Therefore, he was martyred near St. Edmund's Chapel, High Street, Gateshead on 26th July 1594.

The Society of Saint Vincent de Paul organise an annual ecumenical Walk. This Walk is on the Sunday nearest the date of John Ingram's execution. Beginning at St. Andrew's Anglican Church, Newcastle it processes to St. Edmund's Anglican Church, Gateshead - near where John Ingram was martyred.

The S.V.P. have produced a sheet with the prayer Canonisation of Bl. John Ingram'. There is also a drawing of him with the words: PRO FIDE ET PATRIA - 'for the faith and country' above his head. These words express John Ingram’s Catholic faith and patriotism. Catholic priests were hunted as agents of a foreign power and executed as traitors.

John Ingram's last words to those assembled to see him die were: ''I take God and His Holy Angels to the record that I die only for the Holy Catholic Faith and Religion, and do rejoice with all my heart that He made me worthy to testify my faith therein by the spending of my blood". He was true to his faith and loyal to his country.

Corona Virus prevented the Walk last year. We hope and pray that it will be possible in the future.

Please join us in praying for John Ingram’s canonisation and do support this petition. Personal information will be used only for the purpose of the petition.

Knowing something of John Ingram, praying the canonisation prayer regularly and giving your support for this petition will further the cause for him being named a saint. Our group is always interested to hear of favours granted through his intercession. Some remarkable graces have been acknowledged.

You gave us Blessed John Ingram to inspire and encourage us. Grant that we may know the benefit of his prayers so that we, your Church, can give witness to his sanctity.

We make our prayer through our Lord Jesus Christ, your Son, who lives and reigns with you and the Holy Spirit, God for ever and ever. Amen.

Blessed John Ingram Pray for us.

We, the petition supporters, respectfully request that the Rt. Rev. Robert Byrne CO, Bishop of Hexham and Newcastle, promotes the cause for the canonisation of Blessed John Ingram, using the approved procedures and mechanisms of the Roman Catholic Church currently in place for this purpose.