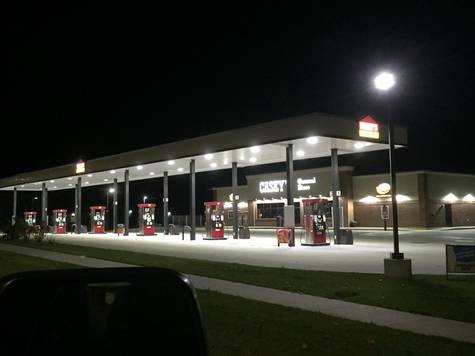 No Casey's on Main St. Again

We thank the over 1100 people who signed the handwritten petitions asking the Board of Adjustments to deny variances that would allow Casey's to build a gas station with 6 pump stations in down town Pella across the street from Pizza Ranch. Despite Casey's numerous statements during the Board of Adjustments meeting that the plan they submitted that would require variances was the ONLY SAFE WAY they could put a new Casey's at this location. And despite the fact that the Board of Adjustment denied the request for variances to build that plan. We have just learned that Casey's is going to build there anyway. This will be the largest Casey's in Pella. Larger than the Casey's by both exits on 163.

We had over 1100 handwritten signatures on our petition to STOP Casey's from building across from Pizza Ranch. The Board of Adjustments heard our concerns. Casey's did not. For those of you who had concerns about safety issues, with the first plan that Casey's proposed (the only plan that they had after looking at it from ALL angles), they are going to build anyway. Unfortunately, their new design does nothing to resolve our past concerns:

PLEASE send a message to Casey's and the City of Pella. A Casey's across from Pizza Ranch is just not the right place for Casey's. There HAS to be another, safer place to build a Casey's in town.