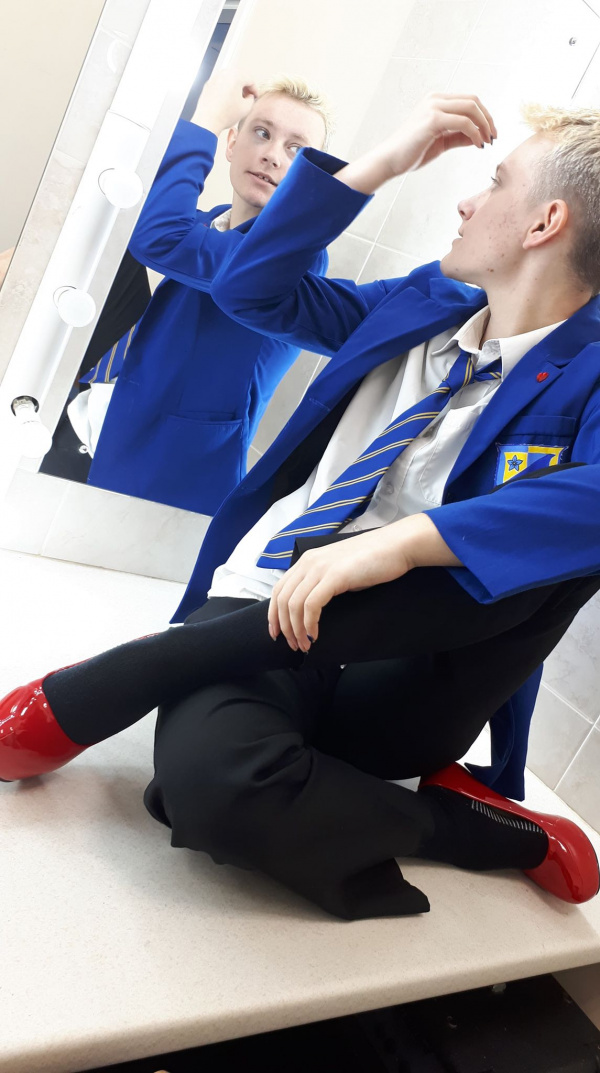 Cast Cas Potterton In The 'Everybody's Talking About Jamie' Film

[DISCLAIMER: This is (mostly) a joke, and I have applied to the open casting as normal, I don't for one second expect this to sway anything.]

Proclaimed by various friends, ETAJ cast members, random internet humans, and then myself 'the real life Jamie New', I am calling to prove myself the people's vote to play Jamie in the Everybody's Talking About Jamie film.

Not that the majority of people that have thus far said I should be cast as him have ever heard me sing or seen me act, but I'm flattered that you have that much blind faith in me, largely based on a cosplay and some questionable poetry.

But hey, it would be a fantastic experience and opportunity, and if you're not convinced that I'm qualified, have some quotes: