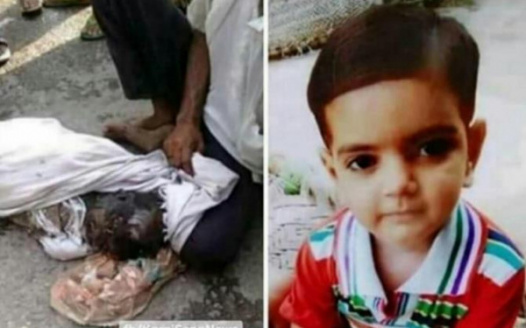 A 3 old kid was brutally murdered by 2 suspects identified as Aslam, 43, and Zahid, 27.over a dispute of Rs 10,000 which they had taken loan from his parents.

Facebook Page which will be helping in getting culprits Punished https://www.facebook.com/HINDUZ/

Appeal from every individual to atleast sign this petition and ask your friends to sign it as we as civilized humans will have to set example in a manner that anyone who thinks of killing small small babies should know the consequences which will be none less than Capital Punishment or Death Penalty.