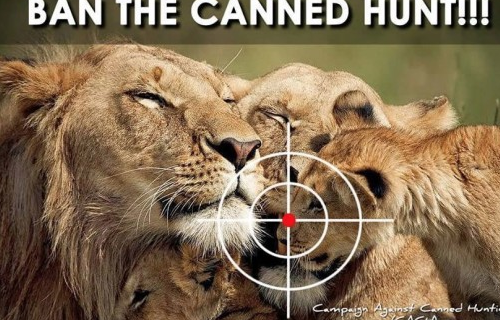 What are canned hunts?

How are the animals affected by canned hunts?
Many animals are brought close to extinction because of canned hunts. African lions are becoming extinct very quickly. Since 1980, the lion population has been cut in half and now there are only 23,000 to 39,000 African lions left on the earth. It is estimated that in the last thirty years about 34,000 lions have been killed by hunters and the population has been cut by at least 50 percent. This is mainly a result of canned hunts. The amount of lion trophies imported back to the US by American hunters has doubled between 1999 and 2008. There have been 2,500 lion trophies imported to the US in the last six years. African lions could be extinct by 2050.

There is no need to donate.