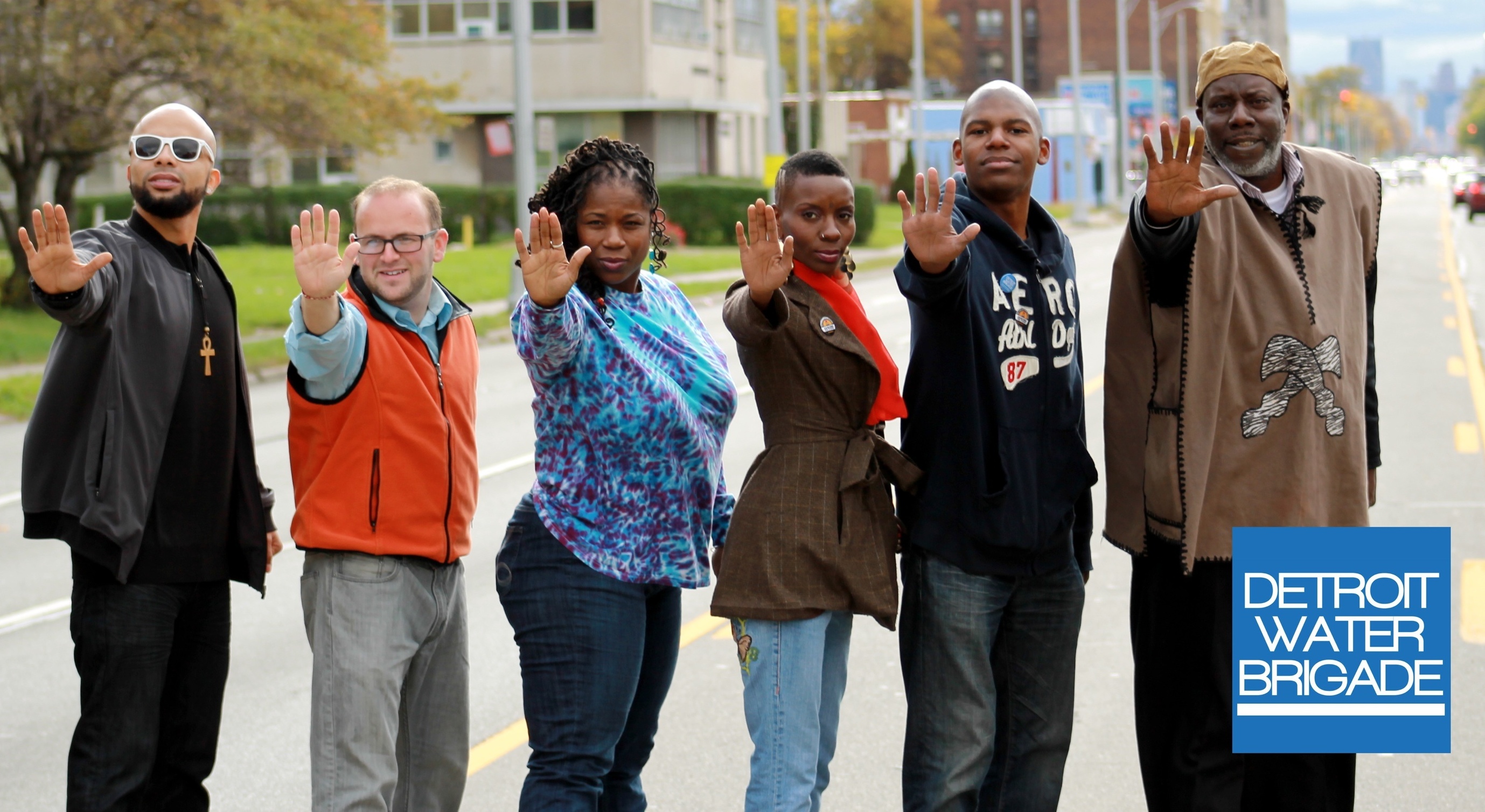 507 people have signed this petition. Add your name now!

We call on the City of Detroit and the newly-formed Great Lakes Water Authority to cancel the existing debts of Detroit Water and Sewerage customers and start afresh with simple, affordable rates: all customer past-due balances are wiped clean.
Last year, Detroit made international headlines when tens of thousands of residents lost their access to water through an aggressive shut-off program by the water department.
The city of Detroit has endured decades of economic turmoil, drastic depopulation and repeated mismanagement. The Detroit Water and Sewerage Department (DWSD) is over $5 billion in debt (over $4,500 per family in the metro Detroit area).To compensate, they have increased rates over 119% in the last decade.¹Residents who fall behind on their bills risk water shutoff, and in 2014 that’s exactly what happened to tens of thousands of Detroiters.
The shutoff program didn't work, and the DWSD collected less than 3% of the over $100 million currently owed.² A large number of the families who entered into payment plans last year are now defaulting on them yet again because they lack sufficient income.
In contrast, a voluntary bond tender offer initiated during the shutoffs allowed the city to renegotiate high interest rates on municipal water bonds and save over $250 million in interest fees for the city.³
The bond markets know that Detroit's water debt is junk and the city will unlikely ever be able to pay the current interest rates, which is why Default Trends proclaimed Detroit Water and Sewerage Department (DWSD) its "Biggest Default of 2014".⁴
Corruption in the DWSD has been rampant, with former Department head Victor Mercado currently serving an 8-month federal corruption sentence for "conspiracy to commit extortion" by padding department contracts and rigging bids that netted his business associates millions. Although many of those contracts are now being scrutinized by the city's legal team, Detroiters are still paying dearly for the fraud of past leaders.
The overbearing Detroit water debt has a human side, too: it has pushed Detroit into an outright humanitarian crisis. Rates of infectious disease and sickness are up dramatically, leading the National Nurses union recently to declare a 'Public Health Emergency' in Detroit.⁵The water department is significantly under-staffed and water infrastructure is crumbling, leading to leaks that cost taxpayers tens of millions annually. The department is unable to address these time-sensitive issues due to lack of funding, as it currently spends 46% of its operating revenue on debt service to banks - the largest line-item by far in its budget.
We call on the City of Detroit and the newly-formed Great Lakes Water Authority to cancel the Detroit Water and Sewerage Department's existing debts and start afresh with simple, affordable rates: all customer past-due balances are wiped clean.
Detroit's existing water/sewerage rate structure is highly-regressive and unaffordable for too many families. We call on the city to implement the 2005 Water Affordability Plan to ensure that no family pays more than the EPA-recommended threshold for water, including "lifeline rates" for essential quantities of drinking/bathing water.⁶
The water department acknowledges that 90% of its operating costs are fixed⁷, meaning they don't depend upon how much water is consumed by users. Still, they charge usage-based rates that fluctuate dramatically with weather (up to 18% decrease in usage) and with broader demographic shifts in the region (2/3 of Detroit's population has left the city since 1950). Creating a progressive rate structure based at least partially upon a family's income - as is done with many public services like streetlights, schools, libraries, etc - would more equitably distribute the burden of operating a system relied upon by over 4 million people for essential drinking water.
The Detroit Water Brigade has provided emergency relief and advocacy to hundreds of families since June of 2014, including providing immediate financial assistance to families currently without water.⁸We've seen first-hand the disastrous effects of these harsh, debt-driven austerity policies.
We pledge to escalate this campaign in the coming months until we bring relief to the tens of thousands of metro Detroit families living without water today and the millions living precariously with unaffordable water rates.
¹Source:http://archive.freep.com/article/20140624/NEWS01/306240181/John-Conyers-detroit-water-shutoffs
²Source: DWSD Financials, Sep 15, 2014, p. 61:http://www.dwsd.org/downloads_n/about_dwsd/financials/Finance_Committee_Binder_9-5-2014.pdf
³Source: http://www.kutakrock.com/successful-bond-tender-eases-detroits-bankruptcy-exit-10-03-2014/
⁴Source: http://www.bondbuyer.com/news/markets-buy-side/defaults-reached-record-in-2014-1069491-1.html
⁵Source:http://www.nationalnursesunited.org/press/entry/nurses-activists-cite-public-health-emergency-in-detroit-water-shutoffs/
⁶Source:http://water.epa.gov/infrastructure/sustain/affordability.cfm
⁷Source:http://www.detroitnews.com/story/news/local/wayne-county/2015/01/22/water-use-jeopardizing-four-percent-rate-cap/22187455/
⁸Source:http://detroitwaterbrigade.org/waf/