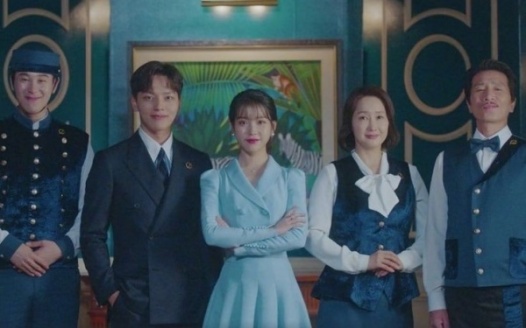 Hotel Del Luna is one of the best Kdramas of the decade. The way IU( Lee Ji Eun) and Yeo Jin Goo portraits the characters is really unique. A lot of us believe that how Ji Eun performed as Jang Man Wol - the bitchy yet ever so caring person- can't be played by anyone else. Even Jin Goo did a great job. As well as the supporting cast were amazing.

Ok honesty time! So tell me when was the last time America remakes something and it turned out great? And hell here we talking about remaking a drama from South Korea, which to remind you is literally from the opposite side of America, so how do you expect it to be as good as the original one? Like use your brain and think about it, the traditional Korean custom that are displayed in Hotel Del Luna how are they gonna show it? And how about Jang Mal Wol's past lover who was general? The last time I checked the America didn't have any king so where are we gonna get the general from? And yes we can always make a fictional American king up but think for yourself will it even suit America? Also it's a partially culture based drama and America doesn't really have a specific culture

Also remember the time when I Saw The Devil's American remake was made? If you did watch then go do it right now. Then you'll understand why I'm so against the remaking thing. I really don't want such a amazing kdrama to be ruined. So if you're with me sign it.

PS I have nothing against American actors or movies/series.