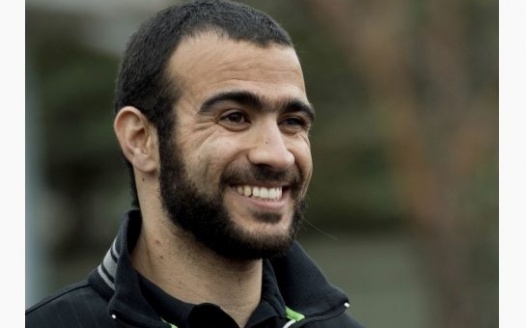 This has to go to the widow and injured solider of this terrorist's attack, not the terrorist Omar Khadr.

Why is Canada paying Terrorists for killing and maiming US soldiers? To add insult to all Canadians they are using taxpayers monies to do so.

Our own veterans are being treated terribly by our government who is paying $10.5 Million Dollars to a Terrorist for killing our Allies.

What the hell is wrong with our government and legal system. When Omar Khadr went to kill our troops and our allied troops fighting in Afghanistan he lost his right to any Canadian citizenship. Our government should be revoking his claim to being a Canadian Citizen. He blames his actions on his dead father (killed in a helicopter attack) who was a close colleague of Bin Ladan and a terrorist.

This is a very sad day for Canadians.