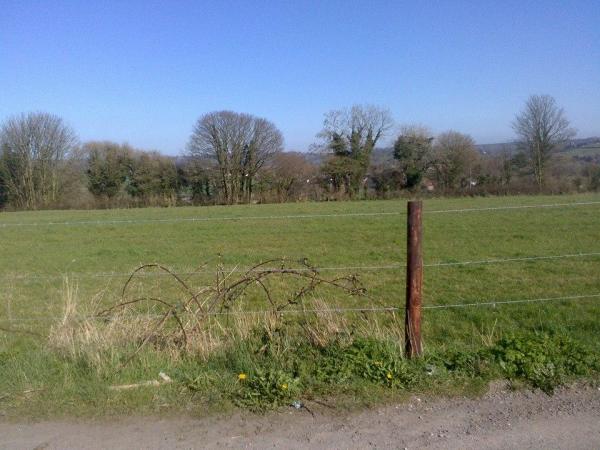 The proposed development Application No 14/02107/OUT for up to 100 dwellings to the East of Penn View adjacent to Windmill Hill Farm is currently outside the local plan curtilage.

The land at Windmill Farm is graded 3a and 2 and is prime arable land, therefore land of a lesser grade or brown field sites should be developed first.
Wincanton is already suffering from an imbalance between housing development and employment, there is simply no industry in the catchment area to sustain further growth.
Both our primary schools have reached their capacity even before current developments are completed and the Health Centre is struggling to cope with expansion in the population. The Primary school Playgroup is having to move out as there is no longer room for them.
Amenities such as Hospital, Health Centre and Schools are situated to the West of the town and are not within walking distance from the proposed site. This would cause congestion to the town centre at peak times, add to pollution and the carbon footprint of the area.
The proposed entrance to the site half way down Bayford Hill is a cause for concern regarding visibility into speeding traffic. There has recently been a fatality close to the proposed entrance (June 2013).
Land drops steeply away from Penn View and the appraisal of the site stated that water will drain into a tributary at the bottom of Bayford. Run off from a development on this scale could add to the risk of flooding along the River Cale.
There is a concern amongst residents of Penn View and Bayford that important wildlife habitat will be destroyed and therefore we would ask that all three fields, hedgerows,trees and walls are surveyed to determine what species live there and if any are endangered. Survey for Bat roosts, voles. Arboreal survey to be carried out, to ascertain if a conservation order is needed.
Conduct an archaeological survey of the area, using geophysical readings.
Before we allow Wincanton to sprawl further into the countryside we should surely be building on current brown field sites and renting out empty properties in the town. Wincanton must not be allowed to expand as it is without the infrastructure to support it.
Therefore we are forcefully petitioning against this planning application and ask that Wincanton Town Council and South Somerset District Council refuse this application on the grounds stated above .