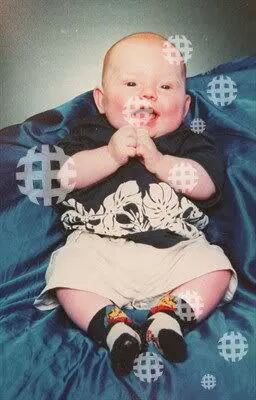 The Smith Family call on The Hon Scott Morrison MP to personally step in and cancel convicted baby killer Christopher Hoerler's visa, under Section 501 of the Migration Act 1958 (the Act), eliminating avenues of and grounds for an appeal to remain in the Australian community. Hoerler is due to be released on parole on the 14th August 2014.
Christopher Hoerler tortured and murdered innocent 7 month old Baby Jordan Anderson-Smith in Wagga the year of 2000. The Smith family are extremely disappointed in the decision the parole board has made to release this convicted child killer back into the community.
We implore The Hon Scott Morrison MP to exercise his discretionary powers to cancel Hoerler's visa and deport him to Papua New Guinea as he is still poses a risk of harm to the Australian community by virtue of his violent criminal behavior, serious misconduct and the murder of 7 month old Baby Jordan Anderson Smith.