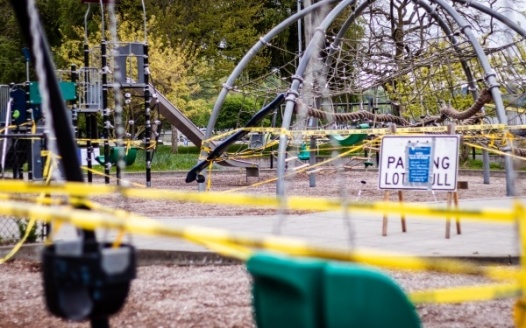 Call for the US DOJ to Intervene Against Oppressive State Actions

677 people have signed this petition. Add your name now!

We thank you for your service to our nation in numerous and varied capacities and the invaluable experience that you have selflessly contributed for the betterment of the American people. It is with this in mind that we write to you, as citizens of the United States and residents of the State of California, seeking your active engagement and the advocacy of the United States Department of Justice to stop the unconstitutional actions that Governor Newsom has taken and continues to take.

While we have rights guaranteed by both the California State Constitution and the United States Constitution, it is difficult for individual citizens to avail ourselves of those rights when they have been unlawfully and unfairly infringed upon in such gross scope. It is because these rights have been overwhelmingly infringed upon across the entire population that we write to you to take up and plead our cause. The desire is to plead the case on behalf of the whole in a thoughtful, precise, and coherent manner. We believe only the United States Department of Justice has the capacity and the resources to ensure the cessation of unlawful measures, and that Governor Newsom is not enabled at this time to put additional measures into place that have not rightfully been consented to by the governed. It is precisely because Governor Newsom is holding the state of California hostage until such measures are put into place that we write to you.

As you well know, the government (whether state or federal) bears the burden of proof that it has a compelling interest in limiting individual liberties and that the measures it takes are the most narrowly tailored or least restrictive means necessary to achieve the state’s interest. Asserting that all residents stay-at-home except to conduct essential activities, which are determined by the state, has had a devastating impact to large segments of the population and have not been narrowly tailored or the least restrictive means available by any measure. Furthermore, these actions taken in the name of “public safety” have failed to be supported by scientific data, have been reactionary to propagandist media without investigation, have overruled the local authorities who know better the circumstances of the local population, and are setting forth a dangerous precedent for future such actions and controls that it has neither the right to take nor the consent of the people. Governor Newsom has even gone so far as to release a list of “permissible activities” that shows the height of arrogance and myopic vision of a newly empowered dictator.

Finally, one of the most egregious aspects to Governor Newsom’s actions, is that it is the most vulnerable citizens that are the ones who are unfairly bearing a higher burden and the least able to seek restitution, while also having the lowest risk from the disease that purports to require the draconian measures – children. The measures Governor Newsom has taken also fail to account for – and limit – the negative secondary effects directly resulting from the state’s actions. These secondary effects include, but are not limited to: depression, suicide, decreased immune system function, decreased physical fitness, emotional distress, economic ruin, addiction, increased overdose, child abuse and exploitation, domestic violence, and increased crime.

According to the most recent records available, Orange County, California is the sixth most populous county in the United States and is more populous than 21 US states alone. The Orange County population is currently estimated to be 3,175,692. With respect to coronavirus, Orange County has conducted 31,534 tests, has had 2,393 positive cases, and 45 cumulative deaths due to COVID-19. We cannot fathom a court of law applying the strict scrutiny test authorizing the continued gross infringement upon individual liberties given the facts. This is an injustice of epic proportions.

In addition, the policies being enacted such as giving illegal aliens stimulus checks, adding additional monies to unemployment (incenting people not to work), the early release of 45% of the county’s prison population (including high-risk sex offenders one of which has already been re-arrested), are ill-conceived, constitute misuse of taxpayer funds, and infringe upon the Constitutional rights of the people. The retributive closure of beaches to silence the dissenting voices in the state perhaps is the wake-up call that was necessary to shine a light on the oppression. Please help.