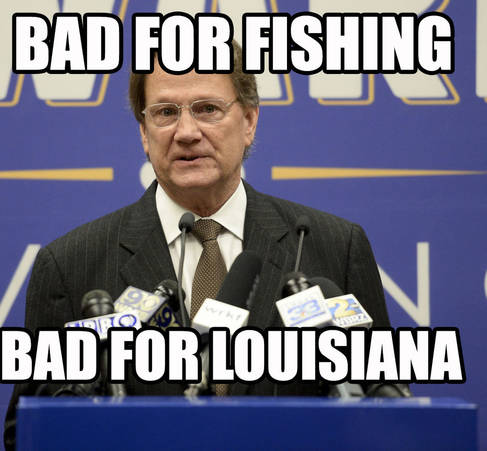 Call for Resignation of Charles Joseph Melancon from Office

1234 people have signed this petition. Add your name now!

Charles Joseph "Charlie" Melancon is the current Secretary of the Louisiana Department of Wildlife and Fisheries. He is running the department into the ground. In a time when our wetlands are disappearing and our fishery diminishing, we need a Secretary who will stand up for conservation and promoting recreational fishing, not tearing it down. If we don't promote a love for the outdoors, who will be there to see coastal restoration through in the next generation?

Our fisheries department was once revered as the best in the nation and many of its programs have been copied by neighboring states due to their success, but Charlie Melancon's term as Secretary is rolling that progress backwards.

Sign the petition calling for his resignation as Secretary of the Louisiana Department of Wildlife and Fisheries.