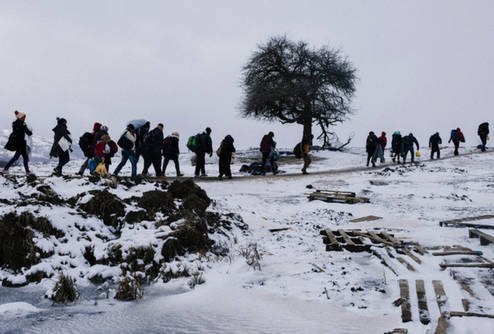 I am deeply worried about the fate of thousands of refugees trapped on the Greek islands and Serbia due to the EU-Turkey deal, some of whom are now at risk of freezing to death as a cold snap hits.

It is unacceptable that they are effectively being held hostage by dysfunctional EU policies, now surviving under snow-covered tents in sub-zero winter temperatures. This is not the treatment they should expect from a society whose founding values include freedom, democracy and respect for human rights.

The European Commission should act according to these values and engage EU governments to urgently move refugees out of the Greek islands and on to other European countries, instead of trying to maintain a deal that has condemned thousands of people to unbearable and, frankly, inhumane squalor.

I urge you to use all available means to ensure that:

a) Asylum-seekers stuck on the Greek islands are transferred to mainland Greece to be registered, provided with adequate reception and processed, with a view to their relocation to other EU countries.
b) Adequate support is provided to Serbian authorities to properly register and process asylum applications.
Yours sincerely,