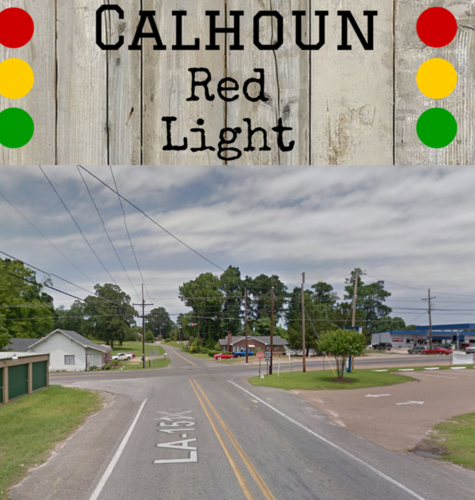 As the population grows in Calhoun, traffic has risen as well. We are no longer a small community, but a growing one. If we do not equip ourselves with the proper traffic equipment, we aren't embracing the growth, instead we are hindering it. If you could prevent accidents from happening, would you? Here's your chance. Not only would a red light at the prime traffic point in the entire community speed up the daily commute for our citizens, but it would help the school buses and any other daily traffic in running more smoothly. We have an opportunity to grow and expand further, but we must make the needed improvements in order to do so. Calhoun is a great place to live, not only because of the great people here, but is also attractive to young families raising children due to four public schools located in our community that all consistently place in the top percentile in achievement. With many retail, restaurant and entertainment venues nearby, as well as three local universities, our future is bright. The time to make improvements is now.