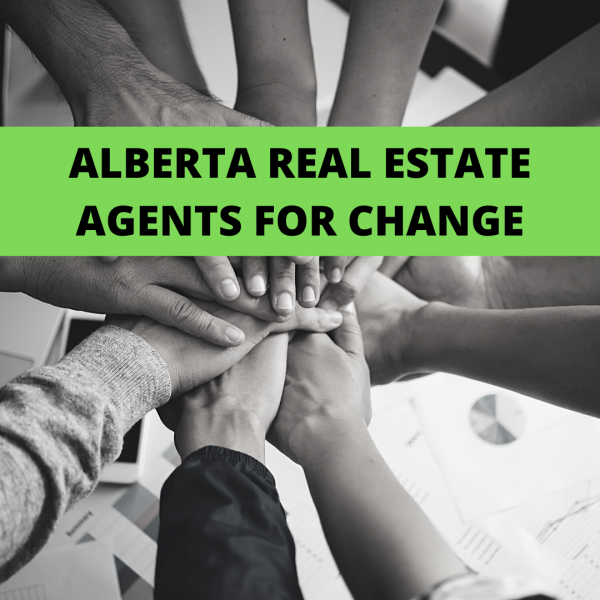 I was fortunate enough to have the AREA CEO contact me based on this petition and its support. He assured me that these complaints will be put through the process, based on the conversation, I have no doubt this will be addressed. We will be submitting a complaint to CREB based on the support of this Petition. I will be sending all signatories an email with instructions so they may also submit a complaint to make it as easy for you as possible. Also, the more individual complaints to CREB, the more effect we may all have! I will keep you all updated!

It was also closed because people were commenting using other members names and disparaging other members as well. These comments were done using a VPN as to remain totally anonymous. This is against the spirit of this petition, as well they also go against the Realtor Code as they were attacking other members. The screenshots of these will be posted to the membership as a whole and sent to CREB for investigation.

On Thursday, January 14, 2021, it was brought to light that one of the members of CREB had posted an online ad to boost their business and team. This ad has been regarded as disparaging and maligning to other members and the profession as a whole.

“Individual real estate agents added to Endangered Professions List!” - Inferring that Teams are the only way to do business and maligning individual agents vs team members.

“We’re talking about the most significant asset in most people's lives!” Can be construed by the consumer that his business is the only one that can handle their asset effectively.

“Other Industries didn’t operate in the Dark Ages” - Again, inferring Alberta Real Estate Agents or are not with the times and are somehow in need of updating or upgrading their individual skillsets or practices.

These are only a partial selection of the unacceptable statements made in this self-promoting post.

We believe that there is another issue here. This post was sponsored as an ad previously in August of 2020. It was posted and removed quickly. The post had been sent to RECA for review because of the perceived disparaging nature of the message regarding the Real Estate industry. However, RECA did not respond. It can therefore be assumed RECA did not follow up with the author as this post has now reappeared.

The repost has been seen by members and received with a mostly negative reaction. The recipients of this letter will receive screenshots corroborating the members’ reactions. Names will be redacted as the post was removed, but the comments are clear.

How do we move forward as an industry and take this opportunity to raise the professional standards?

How can the related Boards and Councils demonstrate that they are willing to take a stand to show their members that toxic communication and online bullying will not be tolerated?

How is a post of this nature not sanctioned, but a minor marketing mistake is publicly shared and given a fine of $1500.00. It is acknowledged that RECA’s mandate is to look out for the consumer. AREA is representing the industry. The individual boards are representing their members. All are doing their best!

Speaking negatively about another industry member, disparaging another members’ business practice or putting the industry into disrepute goes against our rules and deserves sanction. We all must adhere to the same rules and be held to the same standard, without exception. We suggest there should be mandated education and strict policies regarding Online Communication, Harassments and Bullying in line with existing Federal Legislation.

There are to be some positives to this situation:

The reaction from this post has shown that the members want a higher standard of accountability against what could be perceived as “sleazy” marketing tactics. It shows the pride REALTORS have in their profession. It shows a desire to better the industry for the agent and the consumers we represent.   The industry is evolving, clients are requiring higher standards of service and the members are wanting the same.

Hopefully, the relevant Councils and Boards will see that there are serious issues that need to be addressed, and that an immediate and sustained increase in attention to and adherence of policies and education, will result in an end to disparaging posts and advertising.

We have the opportunity to create a discussion and some real action around professionalism and other aspects of our industry that may be outdated.