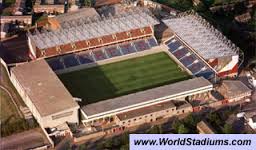 Burnley Football Club added a £100 'retainer' fee to their 2014/15 full (non early bird) season ticket price. For those who may not be able to afford a season ticket next season (2015/16), they are set to lose this £100 that they have been forced to pay up front. This is a plea to the football club to refund this money to those are cannot afford/choose not to buy another season ticket ahead of the 2015/16 season.

Please, recognise that the local people of Burnley are not made of money and don't punish the "Premier League fans" as you referred to them - refund the retainer next season for those who can't/don't renew.