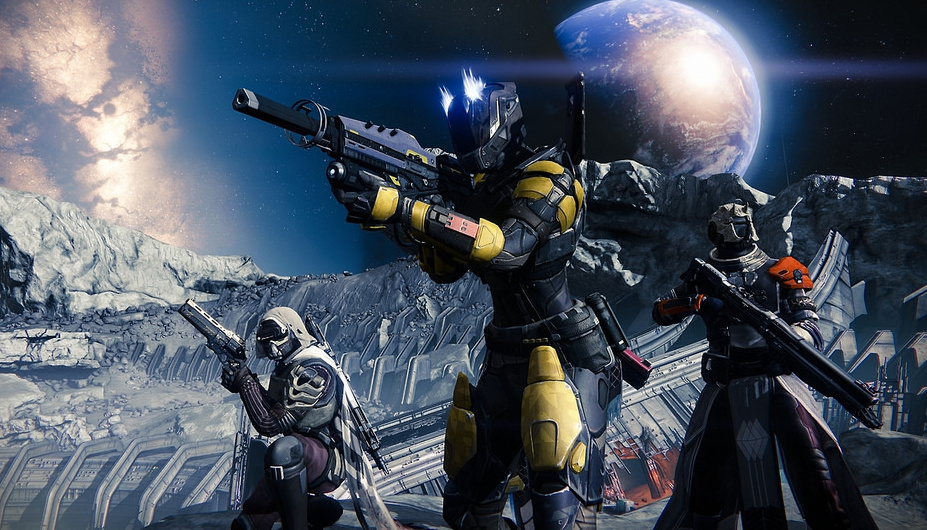 Destiny, Bungie's new IP, was a complete sack of lies as was revealed to gamers everywhere who purchased the game. The invigorating story that was supposed to be there was chopped into pieces and features promised to be in the game were nowhere to be seen. A gambling house, trading, and many different locations are some of the few things that never made it to the launch of Destiny. Not to mention the ridiculous DLC items that have been released/announced.

The sad thing here is that Destiny, a game developed and hinted at since 2007 by a company with such a good track record, with an interesting universe, great features (both kept and scrapped), and an amazing fun first person combat experience, could just be so bad.

How could a game like this, with all of its promises fail to deliver? It's simple, you can figure the answer out yourself(Especially if you have the DLC) by hopping on your sparrow and roaming the four celestial bodies given to you. It's quite obvious that the DLCs did not add any new places for you to visit(Extraordinarily obvious if you encountered the bug that revealed how much of the DLC content was on the disk[Not including new weapons and new voice acting]). Also, the DLC average size was near 9MB, an extremely small amount of space. To put it bluntly, The Dark Below & The House of Wolves were keys to unlock things already in the game because they were meant to be in the base game at launch but certain people are greedy and shorted the deadline.

And the greedy people are not the Cryptarchs gobbling up your engrams, it's Activision.

It is quite clear. The Bungie-Activision contracts states that Activision handles all the marketing and retail sales. The contract also states that Bungie could not utilize the hardware advantage on the Xbox 360 at all, meaning to equalize the game between last generation consoles. That segues into the next point, last generation console ports were not planned for Destiny's development and Activision pushed the ports, thus hindering the the development of Destiny overall. Then the amount of obvious bugs in the game show the lack of testing which references to a tight deadline.

Then here's the real kicker: Activision's CEO got the final say in everything relating to the development of Destiny.

Bungie, we the fans ask you to please look into breaking ties with Activision or at least fight for more control. The things you promised for this game made it revolutionary, and certain elements in the game(The combat for example) leaned towards that. But in the end Activision rushed, hyped, and turned your amazing game into a mediocre, gambling sim with guns and $20 "game expansions."

It's obvious that you didn't want this, Bungie, as referenced by the internal disputes between you and Activision. So as the consumers of your product(And some of us as loyal fans) want you to make the game you intended and the only way to do that may be to break ties with Activision or finding a way to gain more control over your game's development.

If not for us. Then for you.