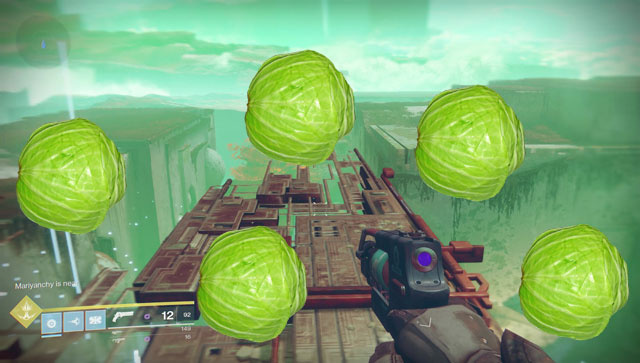 442 people have signed this petition. Add your name now!

Destiny 2 launched on Sep 6 2017 and was very anticipated by Fans of the original game.

We all expected bugs in the beginning but it was far worse than we all imagined.

The game was plagued by a bunch or errors which caused players to disconnect from the online game.

The worst error would be "CABBAGE". This error seems to hit mostly the players that use Technicolor Routers for some reason. You would get booted out of the game after a couple of minutes of play without fail. This isn't an intermittent issue either. It happens every single time!

Players have been complaining about the error since the launch on 6 Sep 17. Bungie had a so called fix which meant you had to take down firewall settings and put your network at risk in order to play this game. This did not even work anyways. This fix was only mentioned 6 days after the launch. We are now at 9 days since launch and nothing has been done!

Since then, despite numerous complaints on social media like twitter, Bungie have been very "busy" sorting out a number of other errors which had nothing to do with the Cabbage error that has kept players from playing this game since launch.

They have even done maintenance on the Destiny 1 game in this time which should not have taken any priority at this stage when Destiny 2 is unplayable for a large group of the community. They have not communicated to the Destiny community at all where they are with this error or even IF they are tending to it at all. We have all been left in the dark despite paying up front for this very expensive game.

We demand that Activision hold Bungie to account. They need to prioritize themselves to actively fixing this error without further delays. We demand that they keep us in the loop every step of the way. We would like constant feedback on the development of a working fix and the implementation thereof. We deserve to have at least 3 to 4 reports on this issue each day until it is sorted.

Should this problem persist even longer, Destiny 2 players with this issue should be refunded immediately if they so choose. For those wanting to endure this pathetic display of support from Activision and Bungie, Season passes for this game should be handed out at no extra cost to make up for the way destiny fans have been treated thus far. This is after all a broken game.

Lets stand together and show Bungie & Activision that we have a voice as consumers.