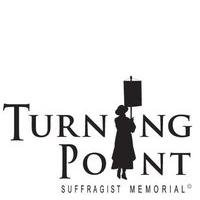 Sign this petition to show your support for building a memorial honoring the women suffragists who were imprisoned, beaten and harshly assaulted at the Occoquan Workhouse in Lorton, Virginia, beginning in 1917. Their crime: picketing the White House for the right to vote.

The planned memorial is part of the redevelopment of the larger Occoquan Regional Park in Northern Virginia. The memorial will recognize the struggle that women endured while fighting for their voice in democracy, and will also educate, inspire and empower present and future generations to remain vigilant in the quest for equal rights.
The Turning Point Suffragist Memorial Association is an all-volunteer 501c3 leading the charge to raise funds for the memorial. The group hopes to dedicate the completed memorial in 2020, the 100th anniversary of the ratification of the 19th Amendment granting women the vote.