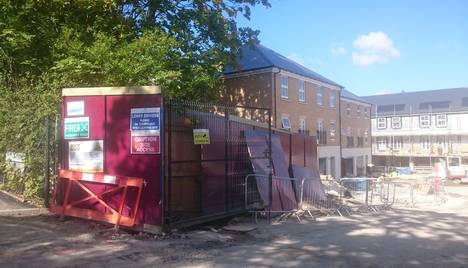 Sutton Council have purchased a piece of land for £8M at Sutton Hospital for a school, but most sensible people consider it far too small and poorly located compared to the demand for additional school places. This was confirmed by the Greenshaw Learning Trust and the Education Funding Agency who prefer the Rosehill site.

Nearly 2 years ago the Council made the very unpopular and illogical decision to allow the building of a Medical Centre and houses on the ex-Henderson Hospital site, despite the obvious access problems as it is so far from the nearest public transport. So far no work has been started on the Medical Centre, but the houses are nearly complete.

Instead of building the much needed medical centre in the wrong place, i.e. on the proposed Henderson site, it's strikingly obvious to build the projected Sutton South Medical Centre on the recently purchased land parcel on the Sutton Hospital site, given that there's no other sensible use for the land and it is is easily accessed by public transport.

We call upon Sutton Council to facilitate the construction of the proposed medical centre on the land it has purchased at the Sutton Hospital site.