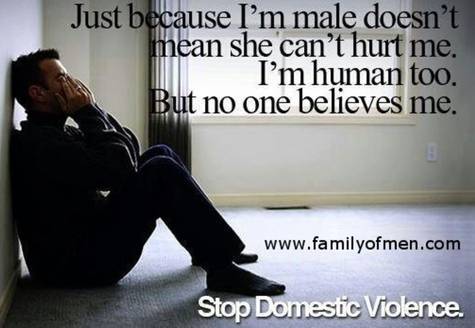 You always read in articles and on the news about how women are always the rape victims, domestic violence vitcims. But what about the Male victims? They're men victims of domestic violence every minute of the day here in this country and several of them get reported and the majority of the cases when it comes to male victims are not taken seriously or men are often made fun of. There have been recent talk shows about men being physically handled by the hands of men, while women who are often victims have numerous shelters for them and there children throughout the country in every city while men on the other half are treated as no equal and go through nonstop biasis and prejudice system of not being protect; I am asking you the people: Male victims who've been through an abusive relationship on the behalf of a women. In North America including Canada, there were only one single male domestic violence shelter found in all of North America and I am asking for the people to sign petition for Male domestic violence shelters. Men are victims just as much as women are.